You are here: Home / Archives for Canada 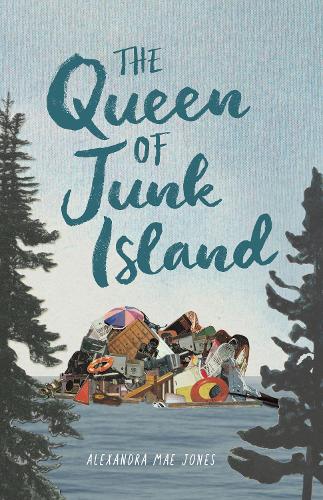 “Unapologetically tackles biphobia, generational trauma, misogyny, and slut-shaming… this intensely personal and moving narrative adeptly captures the often nerve-wracking complexity of queer adolescence.” Publishers Weekly
“A story about intergenerational love; understanding ghosts, both internal and external; and becoming a person who will allow others to love them. Haunting, unusual, and real.” KIRKUS

YA debut from a young Canadian author who in her spare time paints, sings, knits, and makes ukulele covers and DIY videos for her YouTube channel.

Still reeling from a recent trauma, sixteen-year-old Dell is relieved when her mom suggests a stay at the family cabin. But the much-needed escape quickly turns into a disaster. The lake and woods are awash in trash left by a previous tenant. And worse, Dell’s mom has invited her boyfriend’s daughter to stay with them. Confident, irreverent Ivy presses all of Dell’s buttons–somehow making Dell’s shame and self-consciousness feel even more acute. Yet Dell is drawn to Ivy in a way she doesn’t fully understand. As Dell uncovers secrets in the wreckage of her family’s past–secrets hinted at through troubling dreams and strange apparitions–Ivy leads her toward thrilling, if confusing, revelations about her sexuality and identity.

Set during a humid summer in the mid-2000s, The Queen of Junk Island simmers with the intensity of a teenage girl navigating the suffocating expectations of everyone around her.

The TD Canadian Children’s Literature Award was given to author Melanie Florence and illustrator François Thisdale, who will share the $30,000 prize, for their picture book Missing Nimâmâ (Clockwise Press); an additional $12,500 was divided between the winning book’s publisher and the creators of the other four nominated titles.

Seven awards in total were given out:

Sometimes I Feel Like a Fox by Danielle Daniel won the Marilyn Baillie Picture Book Award ($20,000)

Sex Is a Funny Word: A Book About Bodies, Feelings, and You, written by Cory Silverberg and illustrated by Fiona Smyth, won the Norma Fleck Award for Canadian Children’s Non-Fiction ($10,000)

The Scorpion Rules by Erin Bow won the Monica Hughes Award for Science Fiction and Fantasy ($5,000) 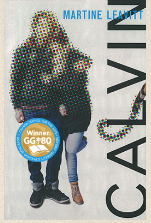 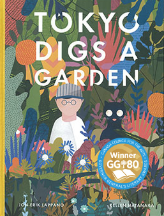 This year’s winners will be chosen by student juries from Toronto’s Scarborough Village Alternative Public School. The announcement will take place during a school assembly on Wednesday, June 22.

“I have an ache in my heart knowing that Judy has died,” says author and librarian Ken Setterington, a longtime friend of Sarick’s. “She was a huge force in the world of children’s books. Not just in Canada but all around the world. The Children’s Book Store was a destination for visitors to Toronto.”

Sarick was a beloved and revered fixture of the early days of Canadian kidlit, “one of the pioneers in the coming-of-age of Canadian children’s literature in the 1970s and ′80s,” says Judith Saltman If you’ve noticed that Canadian children’s book authors and illustrators seem to be garnering a lot of attention lately, you’re not alone. International awards and recognition and a ton of buzz are becoming the norm for homegrown talent. It got us thinking: are we in a golden age of Canadian picture books? Q&Q asked a panel of kidlit experts, including librarians, authors, and reviewers, to weigh in.

Sarah Sorensen is an historian, author, and librarian currently working at the Hamilton Public Library. She is also a frequent reviewer for Q&Q.

Judith Saltman is a professor at the School of Library, Archival & Information Studies at the University of British Columbia, where she teaches courses in children’s literature. She has written three books on Canadian kidlit and publishing.

Linda Ludke is a collections management librarian at the London Public Library who reviews children’s books for Q&Q and the National Reading Campaign.

Helen Kubiw is the blogger behind CanLit for LittleCanadians, a teacher-librarian, former chair of the Ontario Library Association’s Forest of Reading, and current YA authors’ co-ordinator for the Eden Mills Writers’ Festival.

Kerry Clare is the editor of 49thShelf.com, and writes about books and reading on her personal blog, Pickle Me This. She also edited the anthology The M Word: Conversations about Motherhood (Goose Lane Editions).

Shannon Ozirny is the head of youth services at the West Vancouver Memorial Library and reviews regularly for Q&Q and The Globe and Mail. She has been a jury member for the B.C. Book Prize, and sat on committees for the Canadian Children’s Book Centre’s Best Books for Kids and the American Library Association’s Odyssey Award.

Click through for the discusssion via Kidlit spotlight: the golden age of Canadian picture books | Quill and Quire. A Kanata children’s author has joined a protest over the awarding of a Governor General’s Literary Award to what critics are calling a “vulgar” and “gratuitous” book for young adults about gender identity issues in high school.

Kathy Clark says she is among 1,500 people across Canada petitioning the Canada Council to revoke the 2014 award because of graphic content in Raziel Reid’s debut novel When Everything Feels like the Movies.

Clark, author of two children’s books, says Reid’s use of language is inappropriate for a book recognized in the young adult classification (12 to 18) within the children’s literature category. 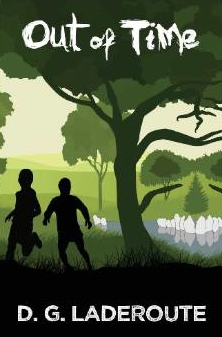 I mentioned in a blog post earlier in the day while introducing the new Worth A Look category, the poignancy of this time of year when decks are being cleared in readiness for a new season of publications.

The most difficult books to put by without a long last look are those titles that have been hand-mailed to us by the authors themselves, often from overseas. Frequently these books will not even make it to our pending piles – such is the quality of many self and independently published titles – but Out Of Time by D. G. Laderoute (not self-published but sent to us by the author himself) certainly looked worthy of consideration.

From the back jacket:

For Riley Corbeau, moving to a small town on Superior’s north shot was an opportunity for his family to find a new beginning after the death of his mother. For Gathering Cloud, living on Kirche Gumi’s shore now meant it was time to seek a vision and become a man.

There on a beach of this legendary lake, two boys meet across time and impossibilities, brought together to face an ancient evil from Anishnabe folklore, and in doing so forge a friendship that defies time.

I have to concede now that I am not going to devote time to reading the book in full, so much better that it is out of the house, on a school library or a charity book shelf waiting to find its reader.

This year one book has found itself on both finalist lists for Canada’s major literary awards: