You are here: Home / Archives for astronomy 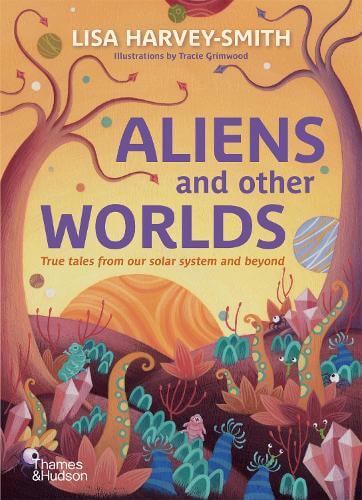 From the author of Under The Stars, Astrophysics For Everyone.

Did life on Earth arrive on a meteorite from outer space? Are there living beings on planets beyond our solar system? If they are out there, what might these aliens look like? Would they be smart, curious, scared? Would they even want to meet us?

Revealing the wonders of scientific inquiry, astrophysicist and best-selling author Lisa Harvey-Smith guides Earthlings young and old through our search for alien life. On the way, she considers where our best chances are to find any galactic neighbours; ponders whether they might already be living among us; and looks at what we might learn about aliens from life at Earth’s extremes.

Asking all the important questions, answering some and explaining why others need further investigation, Aliens and Other Worlds explores the mystery of life beyond Earth. With illustrations by acclaimed artist Tracie Grimwood, this mysterious, awe-inspiring journey will thrill anyone with eyes fixed on distant horizons.

The author is a presenter alongside Professor Brian Cox on ABC TV’s Stargazing Live. Follow her on Instagram: https://www.instagram.com/lisa.harveysmith/ 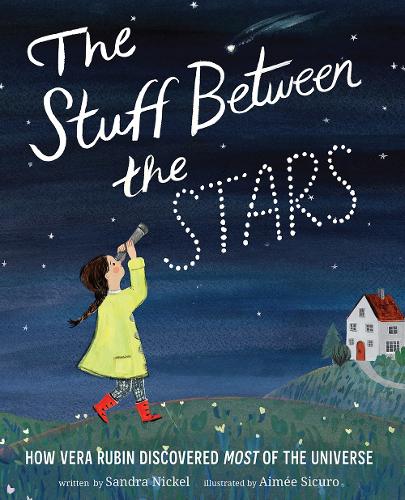 “Several Rubin quotes are included, and a lovely Rubin epigraph concludes the book. Numerous delicate illustrations aptly feature dark blue, star-spangled, galactic backgrounds.” KIRKUS
“Whether representing Rubin’s thoughts or a winter snowstorm, striking watercolors repeat concentric circles and curves, suggesting images of swirling galaxies, the very subject that prompts Rubin’s work. Sicuro solves the problem of depicting dark matter by gloriously representing it as if seen through a spectrometer, like “glitter caught in an invisible halo.” Appended with an author’s note, documentation of direct quotes, a timeline of Rubin’s life, and a bibliography.” Horn Book

A  biographical picture book telling the story of a female astronomer who made huge discoveries about the mysteries of the night sky and changed the way we look at the universe.

Vera Rubin was one of the astronomers who discovered and named dark matter, the thing that keeps the universe hanging together. Throughout her career she was never taken seriously as a scientist because she was one of the only female astronomers at that time, but she didn’t let that stop her. She made groundbreaking and incredibly significant discoveries that scientists have only recently been able to really appreciate-and she changed the way that we look at the universe. A stunning portrait of a little-known trailblazer, the picture book tells Vera’s story and inspires the youngest readers who are just starting to look up at the stars.