You are here: Home / Archives for art

A new coloring book has just been released called Outside the Lines that both kids and adults will enjoy. Over 100 of today’s creatives including graphic artists, cartoonists, and street artists have come together to create some fun illustrations you can actually color!

It’s not too late to get involved in Creepy House, this year’s Summer Reading Challenge, available in all public libraries.
And if you’re lucky, your library may be running the Arts Award Extension and be able to give you the booklet Chris Riddell describes in the video…

Arts Award Discover is a perfect fit with the Summer Reading Challenge, as it encourages children and young people to try out creative activities, find out about artists and writers behind books, stories and art works, record their discoveries in an arts log and share what theyve done with family and friends. Through Arts Award, children can start on an exciting arts journey, using the activities that are part of Summer Reading Challenge as a stepping stone to discovering other art forms. Macmillan Childrens Books have also helped make this affordable for libraries with their support for a special activity booklet called The House and the Mouse, which includes suggestions and ideas for all sorts of creative activities, presented through Chris Riddells curious and imaginative illustrations. By completing these alongside the Summer Reading Challenge, children will have completed the Arts Award Discover requirements.Get involvedContact your local library to see if they are running the Arts Award extension in 2013. As this is a pilot year it wont be available everywhere. 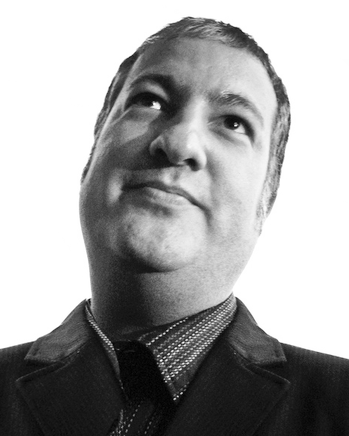 You know his work. You may have been one of the thousands of people who exposed their hidden beauty and the flaws that all humans have on their physical being to be a part of something magnificent.

His photographs of nude bodies are immediately recognizable. The same can’t be said of his subjects en masse. Humanity in all shapes, sizes and colors coalesce with each other and nature’s beauty. They form tessellations that wind through architectural wonders. His subjects become human cityscapes.

via Interview with Photographer Spencer Tunick.

How old are your kids now? Do they come to your shoots?

ST: Six and eight. Yes, definitely, they enjoy my work. They try to take all my postcards. Kids just see all these little people on postcards that are naked and they think they are fairies.

I REMEMBER WHEN I FIRST SAW YOUR WORK, I WAS – AND STILL AM – STRUCK BY HOW WELL YOU CAPTURE THAT INTERNAL QUALITY. I GET THE FEELING THAT YOU’VE MOVED AWAY FROM CAPTURING IT IN A CONCRETE OR SIMPLE WAY, AND ARE AFTER A MORE ABSTRACT EXPRESSION OF THE SAME THEMES…

I sincerely appreciate that. But, as you know, no matter how successful the photo, its success is necessarily short–lived. They move on, change, and fluctuate in emotion — and the challenge starts again.

I think I became more interested in a less concrete, narrative–heavy image when I sat amongst three giant boxes of my work and flipped through the contact sheets. I was so overwhelmed at having so much work available to share — and often with one image looking far too similar to the image next to it. I began to feel that I was amassing images as a collector, with no desire other than to achieve quantity and, very slowly, quality.

Also, the total transition out of shooting with a digital camera helped. It costs too much to shoot the same photo, with minor changes, five times in a row. Likewise, I started shooting multiple exposures to save money and, simultaneously, to begin breaking some barriers of portraiture that I’d accidentally built for myself along the way. I stumbled onto creating a few visually stunning and utterly surprising images, but it happened so rarely that I gave it up. A year or two later, I became interested in a more disciplined exploration of the multiple exposure, less out of thrill and more for the lack of expectations that it implicitly carries.

But, you’re right. Even now when I make a simple but beautiful image, there’s a pretty low chance I’ll share it anywhere. Instead, I send it to whomever is the subject; if they post it, I feel quite proud but without that twinge of guilt that it’s not more, let’s say, challenging.

Some of the most celebrated names in children’s book illustration have specially donated artwork to help raise funds for children’s charity, the International Children’s Heart Foundation. The illustrators, including Cressida Cowell and Quentin Blake, gave artwork showing their best-loved characters.

A private silent charity auction of the donated artwork will be held on 6 August, 5.30pm-7pm at the Illustration Cupboard in London to mark the publication of The BIG-Hearted Book by Nicholas Allan, published by Hodder Children’s Books.

An excellent feature by David Buckman (author of From Bow to Biennale) about the London artist, illustrator and designer Barnett Freedman (1901–1958) who was born in Stepney. An equally talented yet less-well-known contemporary of Edward Bawden and Eric Ravilious, his work deserves to be enjoyed by a wider audience.

Includes many examples of Freedman’s work…

with thanks to Peter Bailey for bringing this to my attention, via Facebook

Nadar was the man who introduced me to Paris, and to romanticism. He was the first great French portrait photographer of the 19th century, and a master of visual biography. His Panthéon Nadar of 1854 was originally a collection of nearly 300 literary and artistic caricatures, drawn in an arch, psychologically penetrating style later inherited by the American cartoonist David Levine. By 1870, it had become a fantastic photographic archive, in which every writer, painter, musician, dancer, singer and actor of note in the second empire – from Victor Hugo to Édouard Manet, Hector Berlioz to Sarah Bernhardt – was not merely recorded, but shrewdly observed. His sequence of photographs of his friend Charles Baudelaire, for example, is in effect a life study of the poet…

Despite his rackety life, he lived to be 89. He was in some ways his own best creation, and “Nadar” was both an artistic signature and a shrewd commercial logo. His real name was Gaspard-Félix Tournachon: a tall, exuberant man with a vibrant circle of friends and a beloved wife. Jules Verne called him “an Icarus with replaceable wings”. So this brooding self-portrait, taken in 1854, is a typical Nadar paradox. Never trust a biographer on the subject of himself. I shall always be grateful to him.

via My hero: Félix Nadar by Richard Holmes | Books | The Guardian.

Capturing the Light: The Birth of Photography, by Roger Watson and Helen Rappaport – reviewed by Francis Hodgson (photography critic for the FT)

This is not a book for specialist historians – who will find little that is new – but rather a lively introduction to the subject, illustrated with vivid examples of the early photographers’ art, including a striking 1839 picture of an American named Robert Cornelius; “probably the world’s first successful photographic portrait – of himself – an astonishing image full of life and character”.

via Snapshots of inspiration – FT.com.