You are here: Home / Archives for Amazon

Amazon has a new plan to get kids reading.

The tech giant on Wednesday launched Amazon Rapids, a reading app aimed at 7-to-12-year-olds. The paid app contains hundreds of stories, all told in dialogue animated to look like text messages.

The interactive app allows readers to swipe back and forth through dialogue, prompting each new message to appear on the screen. Until the reader prompts the next message to appear, the character who speaks next will even look like they’re typing, with the three dots familiar to anyone with iMessage.

The app, available on iOS, Android and Amazon Fire, has “hundreds” of stories and will add “dozens” each month, Robinson said.

The app allows readers to look up words they don’t know and save them to a glossary. It includes a “read to me” feature for the app to read the dialogue out loud.

via Amazon turns reading into texting in a new kids' app.

A piece in the Observer about the resurgense in book sales (particularly in children’s publishing) feautres The Book Nook in Brighton and the recently opened INK@84 in Highbury: 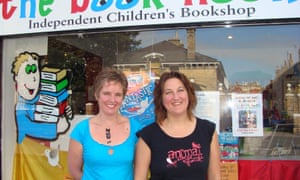 Indie bookshops turn a new page to fight off threat from Amazon
Spate of openings of ‘destination’ stores as owners offer drinks, performances and crafts to tempt customers away from Amazon

via Indie bookshops turn a new page to fight off threat from Amazon | Books | The Guardian.

Booktrust announced yesterday that Amazon Kindle will no longer be sponsoring its Best Book Awards, controversially launched last year, when Allan Ahlberg declined to participate, in protest at Amazon’s involvement.

At the same time it announced that there will be no Best Book Award this year – the next one will be in 2016 (by which time an alternative sponsor will have been appointed) and the Award will thenceforth be a biannual event.

ACHUKA rather regrets this development. I was present at last year’s inaugural presentation and Amazon Kindle’s promotional presence was unobtrusive. In fact it was good to see a partnership between new and traditional forms of reading. 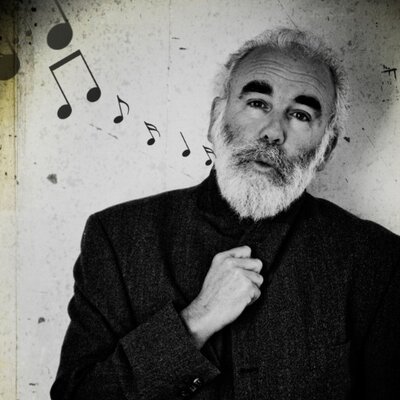 The president of the UK Booksellers Association, Tim Walker spoke at the Nielsen BookInsights conference yesterday and made some startling revelations.

During a round-table discussion Tim said “I do a have a concern that Amazon’s dominance is causing problems. We estimate Kindle has a 95% market share of e-book sales in the UK and this is having a damaging effect… Consider the struggles of Barnes & Noble and the Nook platform, the problems of the established Txtr in Germany, and the decision here of Tesco to pull out of Blinkbox Books.”

via Amazon Controls 95% of the eBook Market in the UK.

“Authors want to focus on telling great stories and we want to help them do that. No one should have to be a computer programmer to create a beautiful, illustrated Kindle book for kids,” said Russ Grandinetti, Senior Vice President, Kindle. “Kindle Kids’ Book Creator makes it easy. In addition to helping authors craft their books, we’re helping customers find them with things like age and grade range filters.”

Ask Randall White, the 72-year-old CEO of the Educational Development Corporation, an Oklahoma-based book distributor, why he decided pull his company’s 2,000 titles – including the acclaimed potty bestiary, “Everyone Poops” – from Amazon.com, and the longtime publishing executive makes reference not to a book but to a movie…
One concerned observer was Peter Usborne, founder and CEO of Usborne Books, the U.K.-based publisher of children’s books, for which EDC has long held U.S. distribution rights (EDC also owns the small California publisher Kane/Miller). “We weren’t involved in the decision,” says Usborne, who continues to do business with Amazon in the UK and elsewhere. “Randall just told me he’d done it. He quite likes a fight, and I think he was looking down the wrong end of a shotgun. It looked pretty grim for awhile, but now it seems he’s the wind in his sails.”

via Meet The Publisher Who Ditched Amazon And Is Selling More Books Than Ever | Business Insider India. 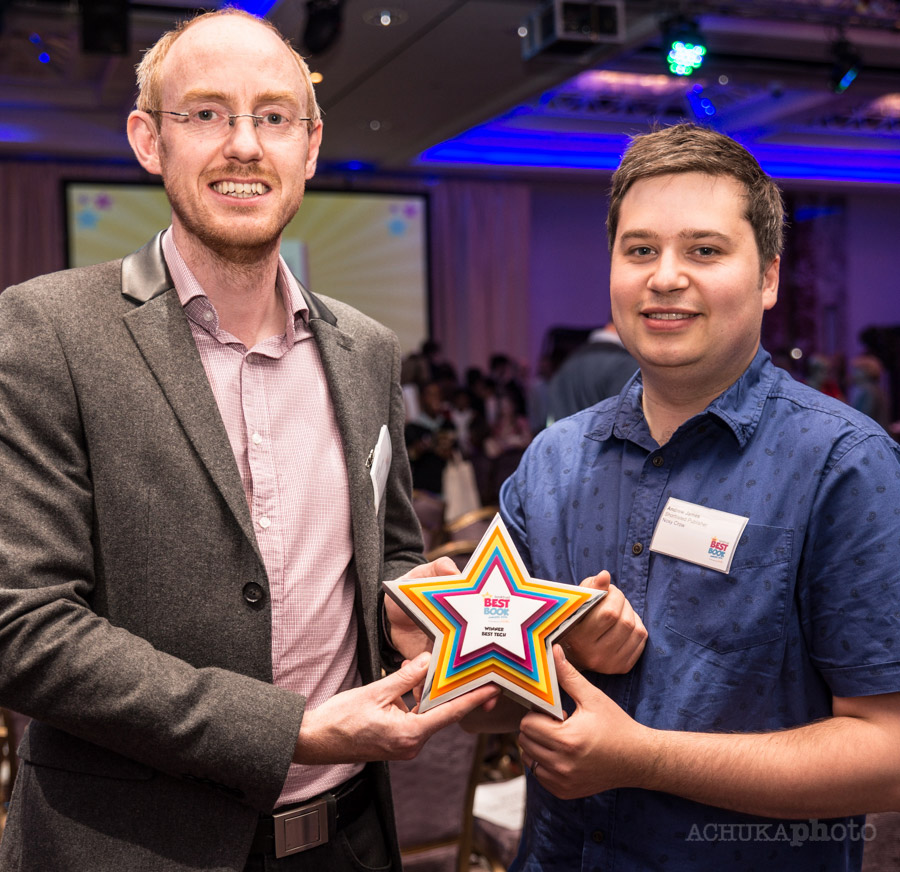 I was delighted to be invited along to yesterday’s presentation of these awards at a hotel venue in central London (see yesterday’s post for a full list of winners and shortlisted titles). It was an impressive ‘bash’ with several hundred school children and students attending and a host of authors and illustrators (not just shortlisted ones) milling around both before and after the formal presentations.

The new awards are jointly organised and sponsored by Booktrust and Amazon Kindle. I trust the lavish conference-style catering yesterday was largely courtesy of Kindle. Other than running their short Kindle ad (the rather good one with children enthusing about reading books on their Kindles) midway through the proceedings, the Kindle connection was not pushed to any great degree.

The Welcome message in front of the ‘Best Books Bash’ programme explained: “We created the Best Book Award because we wanted to change the culture of reading in this country, to place books firmly in the realm of entertainment as well as education, on the same platform as music, films and games.”

“Expert judging panels” selected four titles for each category shortlist and these were then read and voted on by ‘thousands’ of children.

Some of the outcomes were easy to predict. How could Jeff Kinney not have won the popular vote in the 9-11 category, or John Green not come out top in the 12-14 section. But other sections of the awards were more difficult to call. Philip Reeve and Sarah McIntyre could realistically have hoped for good news when the announcement of the 6-8 section winner was made. The winner, though, was Stephen Pastis, for Timmy Failure: Mistakes Were Made. Pastis is an American cartoonist as well as children’s chapter book creator and so, like Kinney (also American), was unable to accept his award in person. John Green might have been expected to attend but was ‘on holiday’ and it was left to Shannon Cullen, his editor at Puffin, to receive the award on his behalf. In the end, just two of the six category winners graced the stage in person to receive their awards: Lucy Cousins for Peck Peck Peck in the 0-5 category and the two Nosy Crow guys pictured.

Mel Giedroyc did her best to make light of this but it did detract just a bit from an otherwise hugely successful and enjoyable awards presentation, which was ‘live streamed’ out to schools. She was also brave enough to have a little tease about Michael Morpurgo’s trademark ‘pink’ trousers “They’re very gangsta, Michael, those trousers”*, as he left the stage at the end of his opening talk [click link for streaming audio – recommended listen].

*Pleased to discover I managed to capture the ‘very gangsta’ remark 🙂

Danny Van Emden, of West End Lane Books, West Hampstead, said: “We have to pay our taxes so why shouldn’t they? We sometimes get customers browsing, asking for recommendations, and then say they’re going to buy on Amazon instead because it’s cheaper.

“It’s incredibly frustrating. But the longer this kind of thing goes on the more I think customers become fed up of feeding the beast that Amazon represents. We get sentiments of solidarity from our customers now.”

Michael Goodwin, owner of Highgate Bookshop, Highgate High Street, also felt frustrated. “Amazon is  undercutting businesses in a dramatic fashion so it’s incredibly unfair that it doesn’t pay the same level of taxes we pay,” he said. “We’re lucky – we have many loyal customers who understand that you can’t have a local bookshop and shop at Amazon. But we still need a level playing field.”

via Independent bookshops call for government to crack down on Amazon’s taxes – News – Hampstead and Highgate Express.

A huge, in-depth analysis (by George Packer) of the Amazon effect on the publishing trade = required reading:

Even well-meaning gatekeepers slow innovation,” Bezos wrote in his 2011 letter to shareholders. “When a platform is self-service, even the improbable ideas can get tried, because there’s no expert gatekeeper ready to say ‘that will never work!’ ” Nevertheless, MacKenzie Bezos published her recent novel, “Traps,” with Knopf.
…
mazon constitutes a third of one major house’s retail sales on a given week, with the growth chart pointing toward fifty per cent. By contrast, independents represent under ten per cent, and one New York editor said that only a third of the three thousand brick-and-mortar bookstores still in existence would remain financially healthy if publishers didn’t waive certain terms of payment. Jane Friedman, the former Random House and HarperCollins executive, who now runs a digital publisher called Open Road Integrated Media, told me, “If there wasn’t an Amazon today, there probably wouldn’t be a book business.” The senior editor who met Grandinetti said, “They’re our biggest customer, we want them to succeed. As I recover from being punched in the face by Amazon, I also worry: What if they are a bubble? What if the stock market suddenly says, ‘We want a profit’? You don’t want your father who abuses you physically to lose his job.”

Publishers are less like abused minors and more like financially insecure adults who rely on the support of a bullying uncle. Their dependence breeds bad faith. “Privately, we berate Amazon,” the marketing executive said. “Yet we’re always trying to figure out how to work with them.”
…
Whatever the temporary fluctuations in publishers’ profits, the long-term outlook is discouraging. This is partly because Americans don’t read as many books as they used to—they are too busy doing other things with their devices—but also because of the relentless downward pressure on prices that Amazon enforces. The digital market is awash with millions of barely edited titles, most of it dreck, while readers are being conditioned to think that books are worth as little as a sandwich. “Amazon has successfully fostered the idea that a book is a thing of minimal value,” Johnson said. “It’s a widget.”
…
Several editors, agents, and authors told me that the money for serious fiction and nonfiction has eroded dramatically in recent years; advances on mid-list titles—books that are expected to sell modestly but whose quality gives them a strong chance of enduring—have declined by a quarter. These are the kinds of book that particularly benefit from the attention of editors and marketers, and that attract gifted people to publishing, despite the pitiful salaries. Without sufficient advances, many writers will not be able to undertake long, difficult, risky projects. Those who do so anyway will have to expend a lot of effort mastering the art of blowing their own horn. “Writing is being outsourced, because the only people who can afford to write books make money elsewhere—academics, rich people, celebrities,” Colin Robinson, a veteran publisher, said. “The real talent, the people who are writers because they happen to be really good at writing—they aren’t going to be able to afford to do it.”

via George Packer: Is Amazon Bad for Books? : The New Yorker.

At the time of ACHUKA’s posting these two videos, Amazon’s ‘Prime Air’ video had had 7 million + views on YouTube, Waterstones O.W.L.S. spoof 30,000.