You are here: Home / Archives for allegory 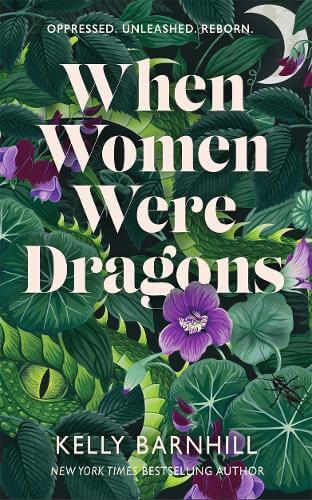 “A complex, heartfelt story about following your heart and opening your mind to new possibilities. This novel’s magic goes far beyond the dragons.” KIRKUS
“Barnhill makes palpable Alex’s sense of loss as well as the strictures of mid-century American life. This allegory packs a punch.” Publishers Weekly

In a world where girls and women are taught to be quiet, the dragons inside them are about to be set free… In this timely and timeless speculative novel, set in 1950s America, Kelly Barnhill exposes a world that wants to keep girls and women small – and examines what happens when they rise up.

Alex Green is four years old when she first sees a dragon. In her next-door neighbour’s garden, in the spot where the old lady usually sits, is a huge dragon, an astonished expression on its face before it opens its wings and soars away across the rooftops. And Alex doesn’t see the little old lady after that. No one mentions her. It’s as if she’s never existed. Then Alex’s mother disappears, and reappears a week later, one quiet Tuesday, with no explanation whatsoever as to where she has been. But she is a ghostly shadow of her former self, and with scars across her body – wide, deep burns, as though she had been attacked by a monster who breathed fire. Alex, growing from young girl to fiercely independent teenager, is desperate for answers, but doesn’t get any. Whether anyone likes it or not, the Mass Dragoning is coming. And nothing will be the same after that. Everything is about to change, forever. And when it does, this, too, will be unmentionable…

The stories of refugees leaving North Africa in risky attempts to cross the Mediterranean, so much in the news, give a painful timeliness to the plight of a young boy and his grandfather in “Close to the Wind” (David Fickling, 290 pages, $17.99), a novel for 10- to 14-year-olds. In a bid for universality, first-time author Jon Walter has not situated his story in an obviously recognizable country—it might be Argentina, it might be anywhere—and the effect is to raise the tale of one child’s journey almost to allegory.