You are here: Home / Archives for accessible 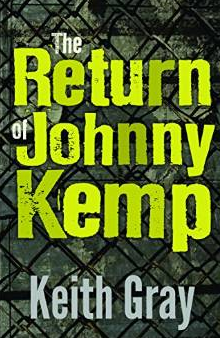 Two Barrington Stoke reissues in handsome new editions. Desirable has been given a shiny gold (not lime-green!) flap cover and new illustrations by Cate James, while Keith Gray’s has an appropriately gritty graphic cover design. Excellent gifts for anyone, but being from Barrington Stoke especially worth considering for readers who find full-length novels daunting.

As reported in The Bookseller

Outside in World, a not-for-profit organisation that promotes children’s books in translation, is launching a new initiative to bring inclusive and accessible books from around the world to the UK.

The Reading the Way project is aimed at making UK publishers aware of books for children aged five to 11 that are either accessible (suitable for children with learning difficulties or additional needs) or inclusive (have differently abled characters in the story), and are originally published in languages other than English.

Alexandra Strick, one of the founders of Outside In World, said: “This is still a particularly under-supported area within the UK children’s book industry and all too often children with additional needs are effectively excluded. The needs of many young people, such as those with speech and language difficulties, learning difficulties or sensory impairments, are largely overlooked by mainstream books.”

The organisation is currently sourcing books from around the world using a variety of methods, either through local IBBY groups (the International Board on Books for Young People) or word of mouth.

Outside in World has a team of translators to translate the best books into English and in September it will start testing the books with schools and charities, including the Royal National Institute of Blind People (RNIB). It will then approach publishers to see if they are interested in taking them on.

“We will eventually have a list of about 20 exceptional titles,” she said. “We hope publishers will gain valuable insight into accessible and inclusive books but of course we also hope some of the books will be published in the UK.”

Strick hopes to reveal the results of the project in 2015 in time for both the Bologna Book Fair in March and the London Book Fair in April.