You are here: Home / Blog / School Librarian of the Year – updated 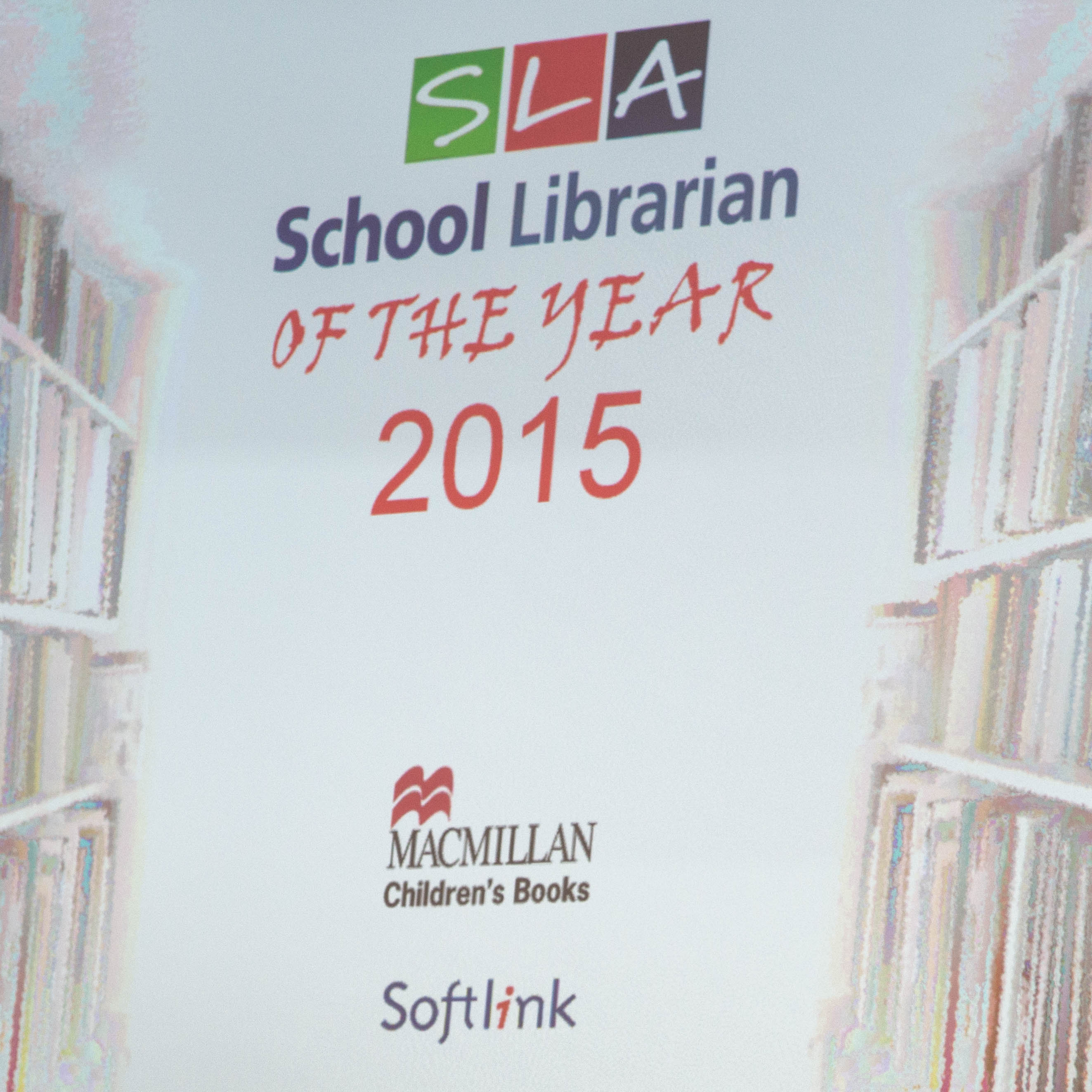 There were three librarians shortlisted for this year’s School Librarian of the Year Award, an annual award that aims to recognize the excellent work that is carried out in school libraries every day and to highlight the best practice of those whose work is outstanding.

The award winner, Annie Brady of St Paul’s CBS Secondary School, had their award announced and presented by Kevin Brooks at the RSA on Monday 5th October. 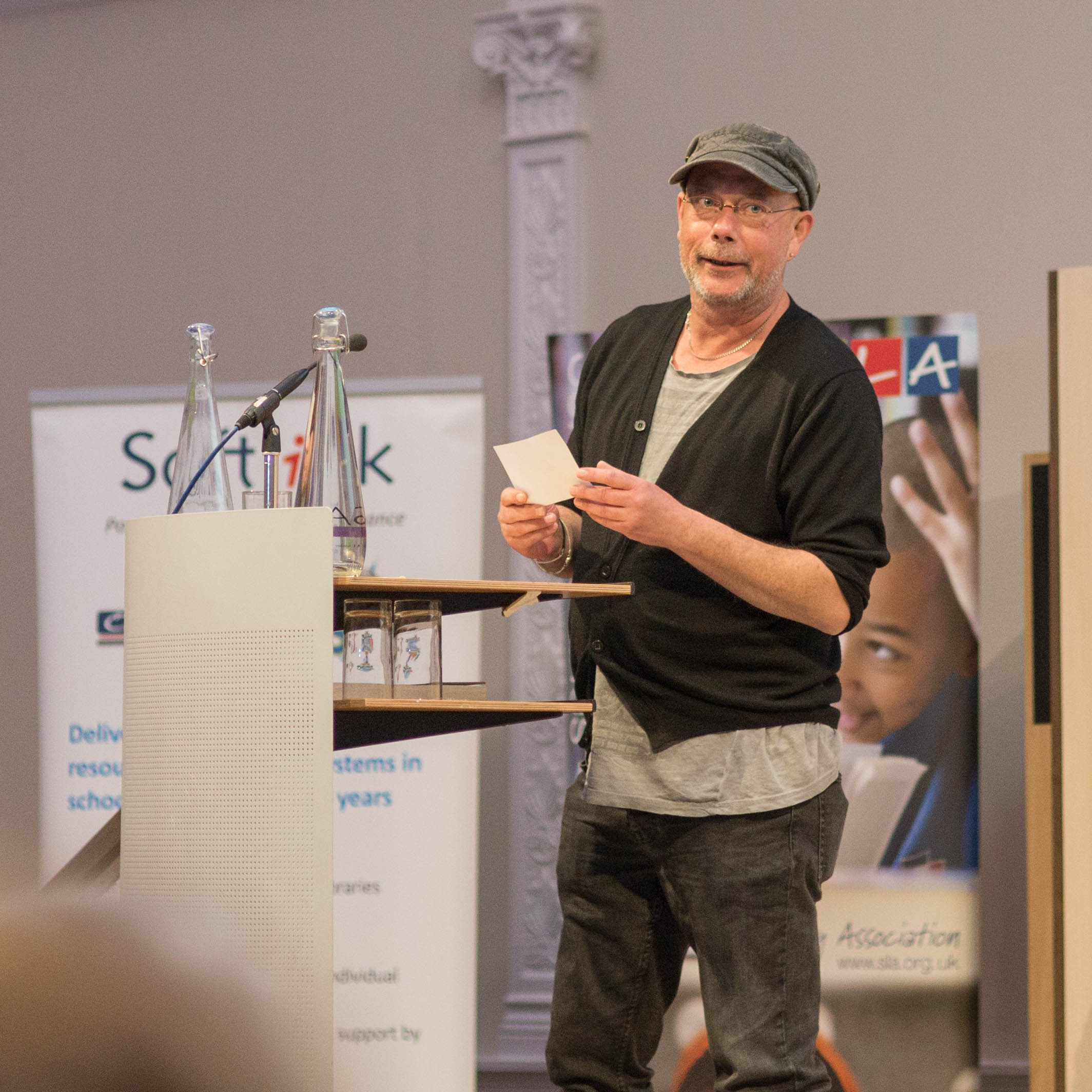 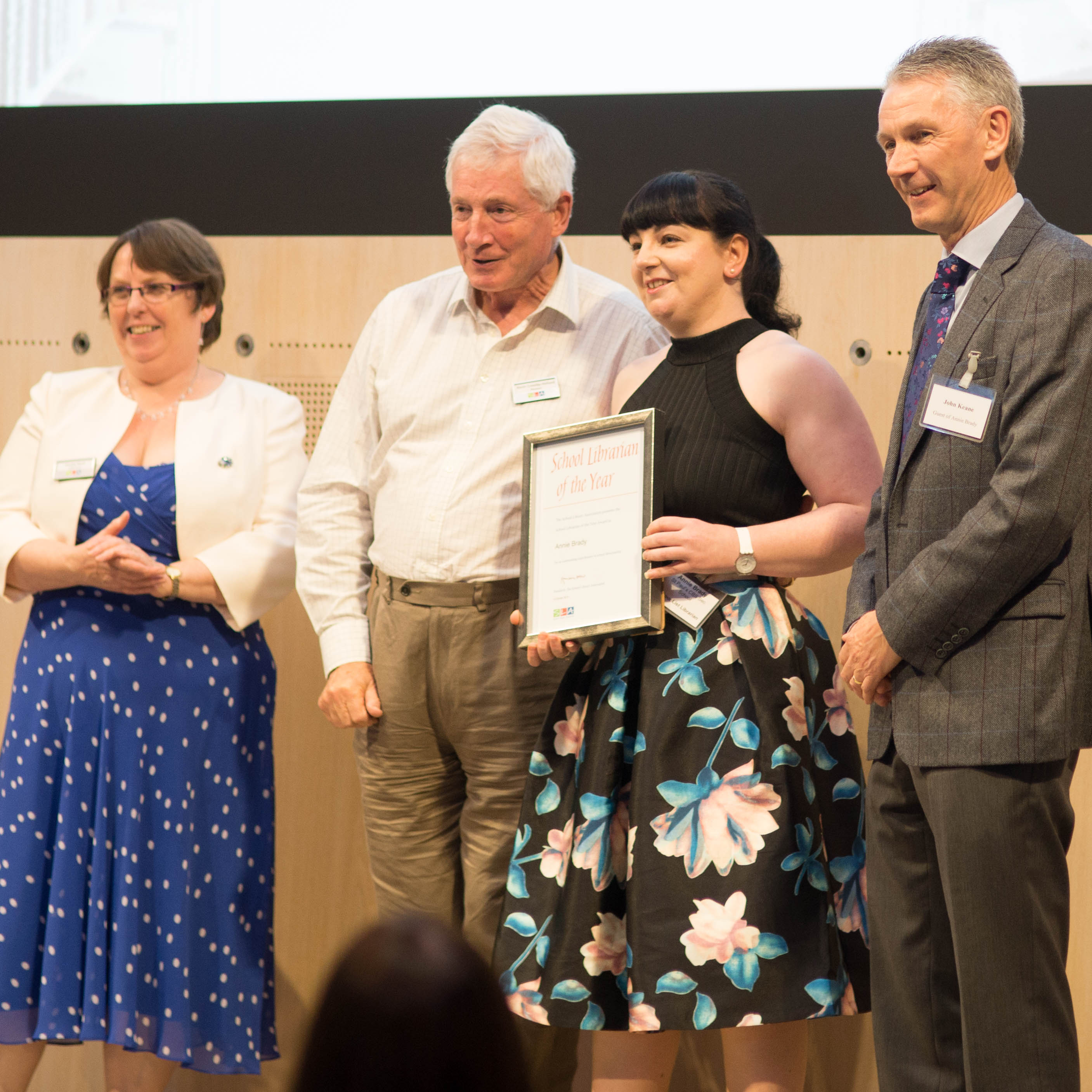 The other two librarians shortlisted for the Honour list were Chris Routh, of Leighton Park School a Quaker Independent School in Reading and Jane Spall, Aith Junior High School, Shetland.

As well as presenting the awards, including the Inspiration Award for for innovative use of a library space, Brooks gave an after-lunch keynote address. 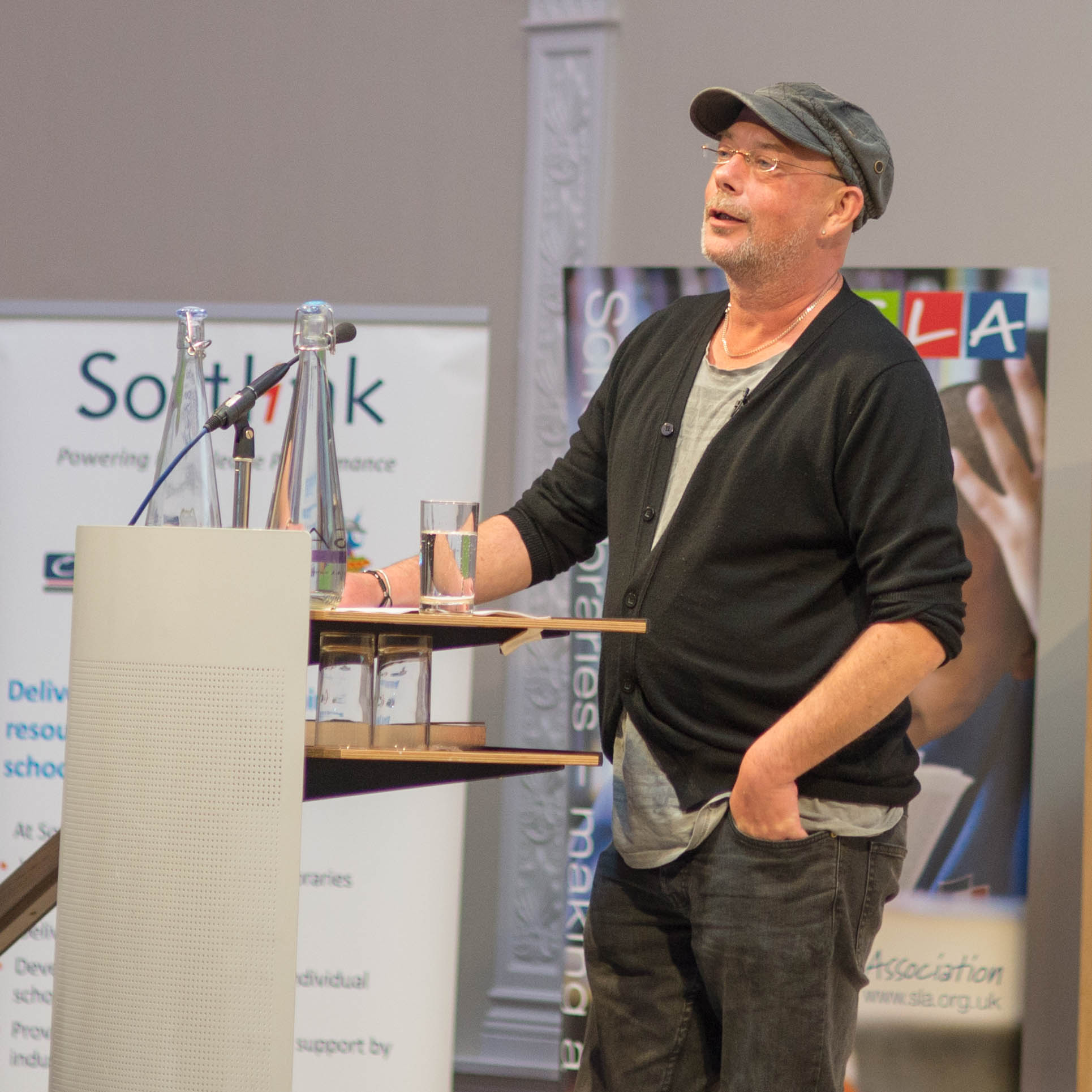 Brooks told his audience that one of his earliest jobs was at Exeter library where he was employed to help produce an archive index of a local paper that had been in print since the 1800s. The work was so dull he found himself embarking on one of his first works of fiction, by inventing a family and creating events and dates to include in the index. He believes those details will still be somewhere in the archive.

One of the things that endeared Brooks to libraries was the fact that “you can almost guarantee you won’t be beaten up in a library”.

He dislikes the term ‘reading for pleasure’, because for him that’s the most important kind of reading. “If a natural reader like me can start going off reading books as a result of studying literature, what hope is there for others?” 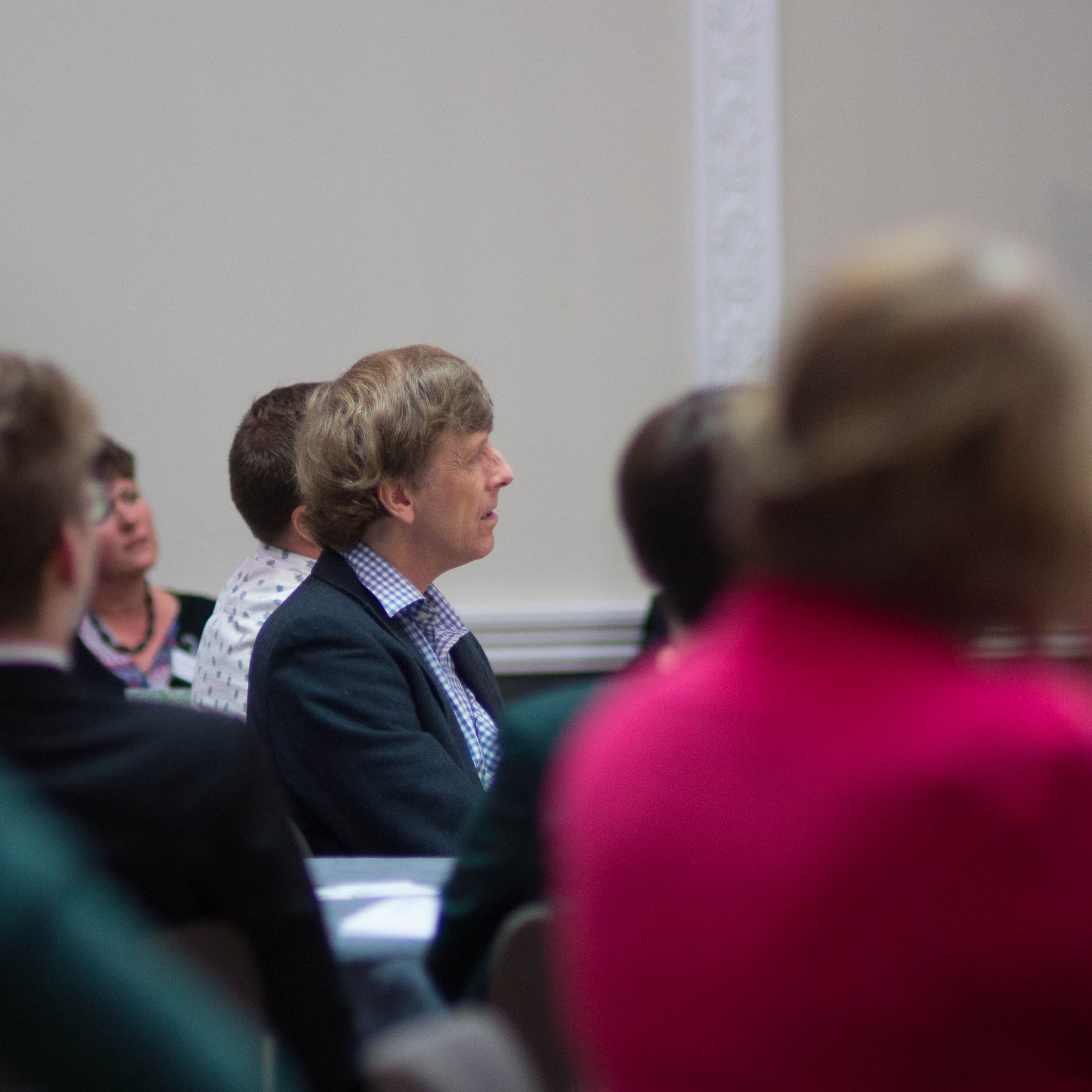 Partly because as a boy he was never the type to go up and ask a librarian something, preferring to discover his way about the shelves by himself, when he first became a published author and began doing school visits he didn’t quite understand the need for the librarian as adviser/gatekeeper. “Kids don’t need advice about what music to like.” But he has shifted this point of view somewhat and now, especially when reading and the livelihood of authors is under so much pressure, sees the essential role that school librarians play.

There were video presentations from each of the Honour-listed libraries before the announcement of the winner, the most entertaining of which was by Chris Routh’s school, a skillful spoof with voiceover and printed screen statements in the style of a government health warning in which reading was presented as a dangerously addictive habit. After carefully collating the marks against a range of criteria we were told that only three marks separated the three librarians, but the overall winner was Annie Brady from Dublin, whose own video drew a reaction from the audience when a group of readers were seen apparently sinking into a swamp. In her brief acceptance speech she explained that this was part of an education visit to the Irish bogs.

To read more about Annie go to http://www.sla.org.uk/annie-brady.php

The event was attended by other authors besides Brooks, including Kevin Crossley-Holland (in his official role with the SLA, Tim Bowler and Gillian Cross, as well as previous winners of the Librarian of the Year Award, notably John Iona, one of this year’s judges.

Previous Winners of the SLA School Librarian of the Year Award

Nominations for School Librarian of the Year 2016 will open in October 2015.

Nomination forms will be available from the SLA website: www.sla.org.uk/slya