You are here: Home / YA / My Mechanical Romance by Alexene Farol Follmuth 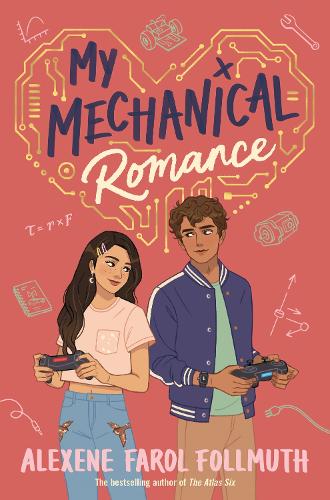 “Follmuth’s humorous debut lightly addresses discrimination faced by women of color in STEM, as well as issues of privilege and resource accessibility, set within an upbeat romantic comedy populated by a sympathetic and inclusive cast. The characters’ struggles are realistic, and the romantic chemistry is palpable, making this a joyful read.” Publishers Weekly

When Bel accidentally reveals a talent for engineering at school, she’s forced into joining the robotics club. Enter Mateo Luna, captain of the football team and the robotics club. He recognises Bel as a potential asset, even if they couldn’t be more different. And as the nights of after-school work grow longer, Bel and Teo realise they’ve made more than just a combat-ready robot for the championship: they’ve made a connection themselves.
But with graduation approaching, their differences and what they want for their futures, threatens what they’ve built together.

Can they survive Nationals without breaking their robots – or their hearts?