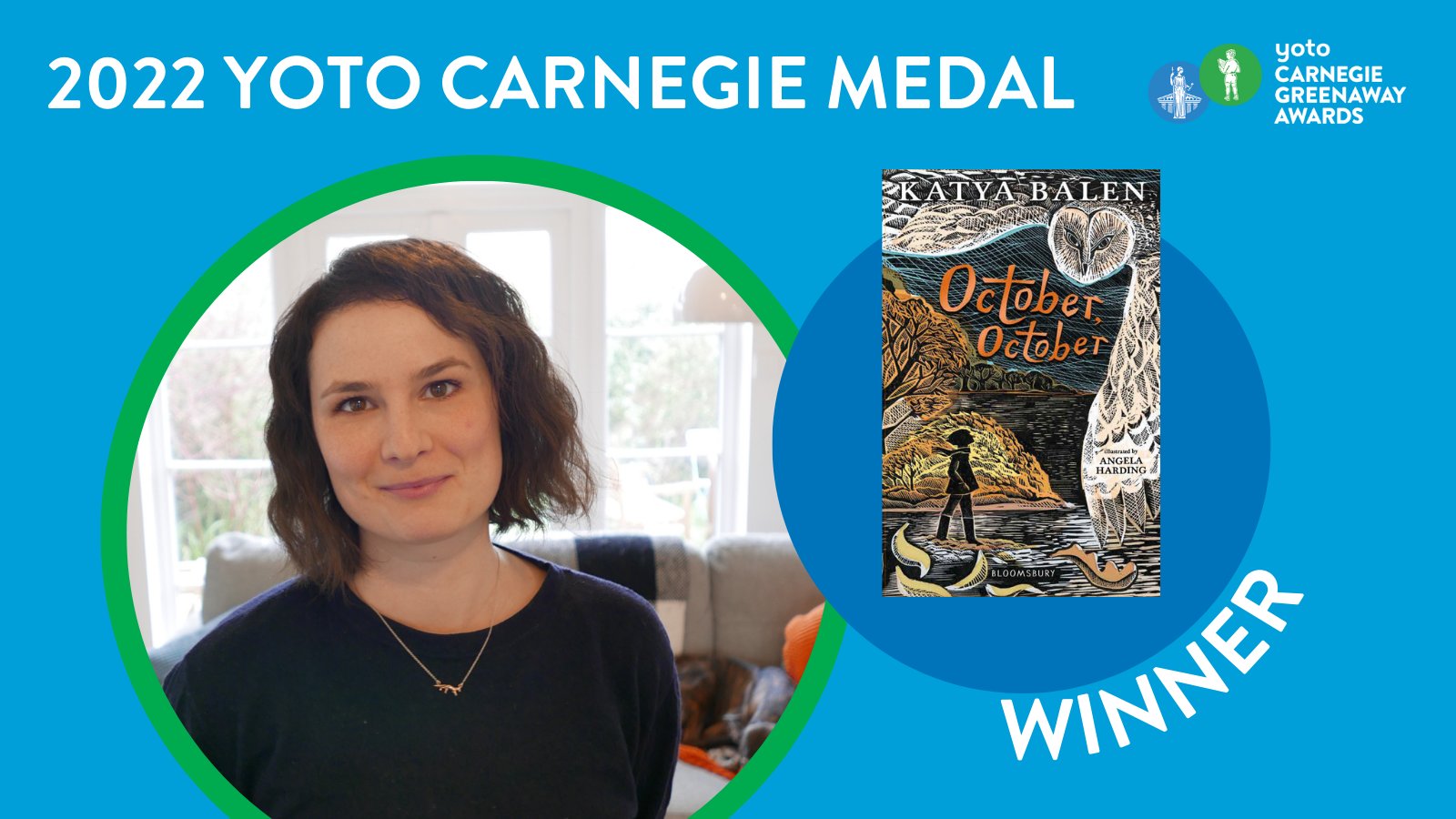 Katya Balen has won both the judges award and the shadowing group’s vote for her novel October, October.

Katya Balen studied English at university and completed post-grad study about the impact of stories on autistic children’s behaviour.

She is co-founder of Mainspring Arts, a not-for-profit organisation that provides mentoring and creative opportunities for neurodivergent adults.

In contrast to most other children’s writers these days, Katya Balen keeps a fairly low profile online. She doesn’t have an author website, is not on Instagram or TikTok, but can be followed on Twitter.