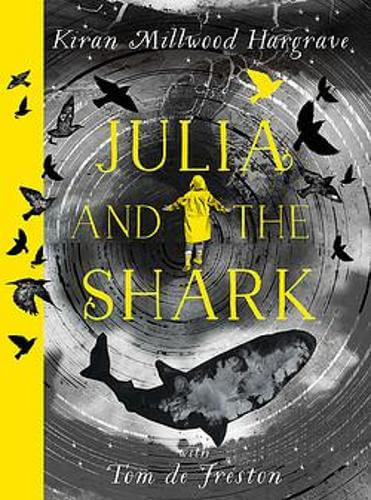 “Millwood Hargrave has a light touch, complemented by De Freston’s wonderfully affecting pen illustrations, and captures a complicated mother-daughter relationship and the effects of mental illness on a family without it feeling like the script of a school assembly.” The Times

A captivating story  about a mother, a daughter and the great Greenland shark.

The shark was beneath my bed, growing large as the room, large as the lighthouse, rising from unfathomable depths until it ripped the whole island from its roots. The bed was a boat, the shark a tide, and it pulled me so far out to sea I was only a speck, a spot, a mote, a dying star in an unending sky…

Julia has followed her mum and dad to live on a remote island for the summer – her dad, for work; her mother, on a determined mission to find the elusive Greenland shark. But when her mother’s obsession threatens to submerge them all, Julia finds herself on an adventure with dark depths and a lighthouse full of hope…