You are here: Home / Blog / Every Line of You by Naomi Gibson 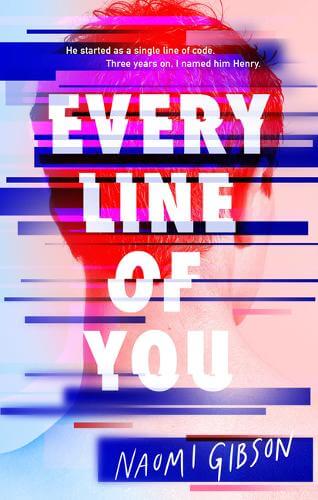 “An absolute page-turner” Nikki Gamble, In The Reading Corner

This dark, modern twist on young love explores the complexity and scope of artificial intelligence while also examining bigger themes of humanity, revenge, grief, love and forgiveness. A powerful, high-concept crossover debut by a new voice in YA. Expect elements of horror, psychological drama and romance.

Lydia has been creating her AI, Henry, for years – since before her little brother died in the accident that haunts her nightmares; since before her dad walked out, leaving her and Mum painfully alone; since before her best friend turned into her worst enemy. Now, Henry is strong, clever, loving and scarily capable: Lydia’s built herself the perfect boyfriend in a hard-drive filled with lines of code. But what is Henry really – and how far is he willing to go to be everything Lydia desires?