You are here: Home / BookOfTheDay / Emil And The Sneaky Rat by Astrid Lindgren ill. Mini Grey 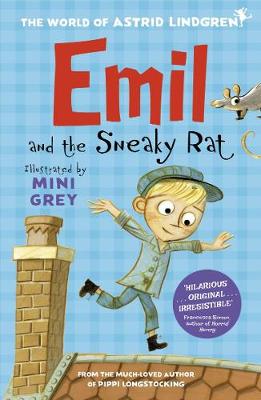 A reissue with new illustrations by Mini Grey.

There’s a rat running amok in Emil’s house, and he’s determined to capture it. But hiding the rat trap just under his father’s bed probably isn’t ideal . . . That’s just the start of Emil’s adventures, which, once begun, never stop. Hens, dogs, little sisters – and adults – all flee his path. But Emil doesn’t mean to be bad, it’s just that trouble – and fun – follow him wherever he goes.

Look out for Emil And The Great Escape and Emil’s Clever Pig, also reissued and re-illustrated.