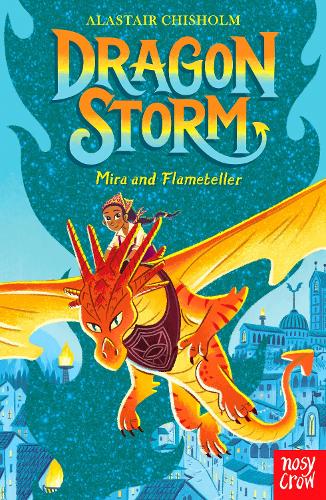 The fourth book in a thrilling, magical, and action-packed new fantasy series, illustrated throughout and perfect for 7 – 9 year olds!

In the land of Draconis, there are no dragons. Once, there were. Once, humans and dragons were friends, and created the great city of Rivven together. But then came the Dragon Storm, and the dragons retreated from the world of humans. To the men and women of Draconis, they became legends and myth. Young dragonseer Mira and her dragon Flameteller love finding out how things work andfixing them, and so they’re excited to learn about the ancient magic that powers the home of the Dragonseer Guild – and helps keep its existence a secret. But when the King of Draconis announces a plan to hunt down and destroy all dragons, andthe magic that powers the Dragonseer Guild begins to fail, threatening to expose it to the world, Mira and Flameteller must find a way to fix it – before the Guild, and the dragons, are found by King Godfic’s soldiers.