You are here: Home / Archives for How About 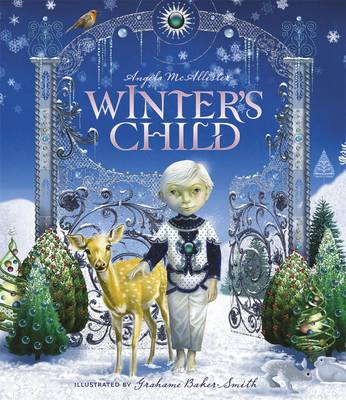 The hardback of this title was published in 2013 and the paperback in 2014. Highly recommended (while it’s still available) as a wintry tale with stunning illustrations by Grahame Baker-Smith.
[Waterstones have it in stock and there’s still (just)time to order online for Christmas.] 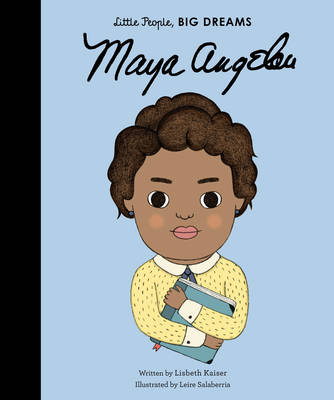 May Angelou
written by Lisbeth Kaiser
illustrated by Leire Salaberria 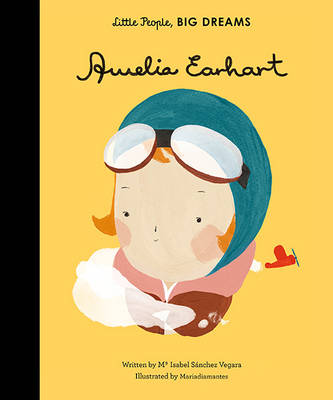 Two excellent new additions to this series which includes a title by Coco Chanel. Although different illustrators and writers are used there is a pleasing uniformity to these well-designed medium sized picture information books. Particularly striking is the black canvas spine with bold white writing.

Each book ends with a timeline and additional biographical information. Highly recommended for primary school libraries or as gifts. 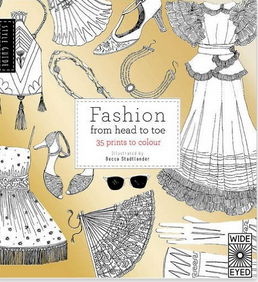 Just received, this second title in a series of illustrated guides to popular subjects from Wide Eyed Editions.
This is more than just an adult colouring book. The 36 prints, drawn by Becca Stadtlander, are accompanied by a backpage key and detailed notes written by Natasha Slee, a fashion journalist working for Dazed Magazine and the author of Design Line: History of Women’s Fashion.
The book covers fashion from the Edwardian period up to the present day. Enjoyably informative. 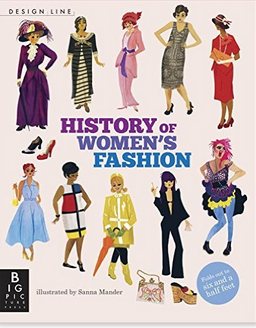 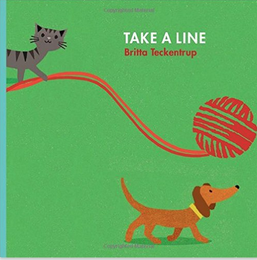 These small-format hardbacks created by Britta Teckentrup and published by Words & Pictures for very young children are delightful. 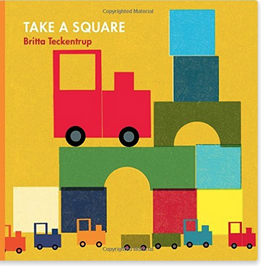 Other titles in the series are Take A Circle, and Take A Square.

Highly recommended for toddlers to introduce them to early notions of shape, colour and number in a bright and breezy way. Every double-spread ends on a question, prompting interaction between the child and the person sharing the book with them. A must-have set for nursery classes and the children’s section of public libraries. 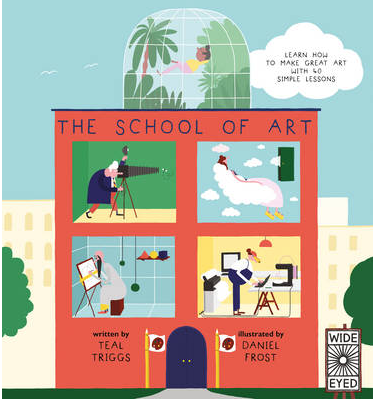 This book published in August but officially launched just yesterday at an event and talk held at the Royal College of Art, is aimed at anyone, young or old, who fancies getting a handle on the theory and practice of art in 40 quick, accessible lessons. The audience yesterday consisted of a large number of Royal College of Art students, each of whom will be studying and practising these self-same concepts and techniques, albeit to a much deeper, more intense degree. 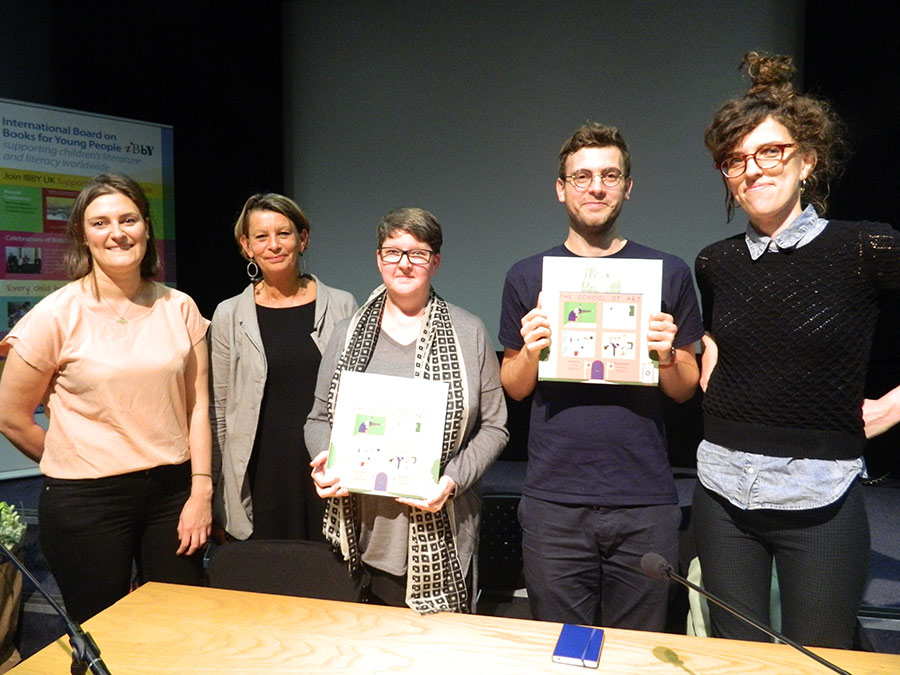 The book itself, produced by Wide Eye Editions to their usual high standards of production (the illustrations are by Daniel Frost), is quite wordy, so realistically is best given to children old enough to have developed reading fluency. It would certainly be very useful for KS2 primary teachers, both for helping them to become more able to teach art and design terms and techniques with increased confidence. 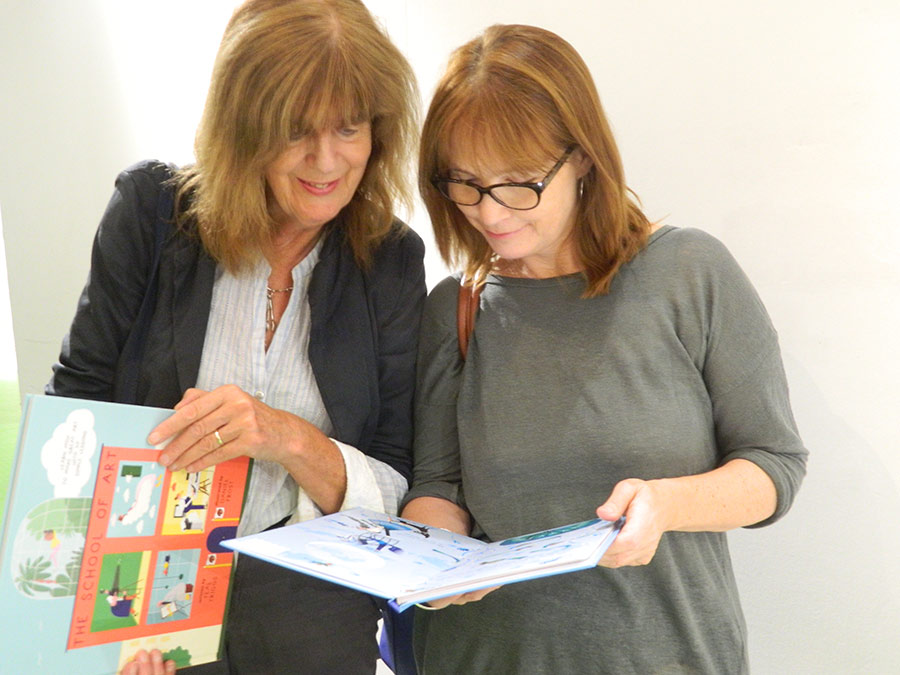 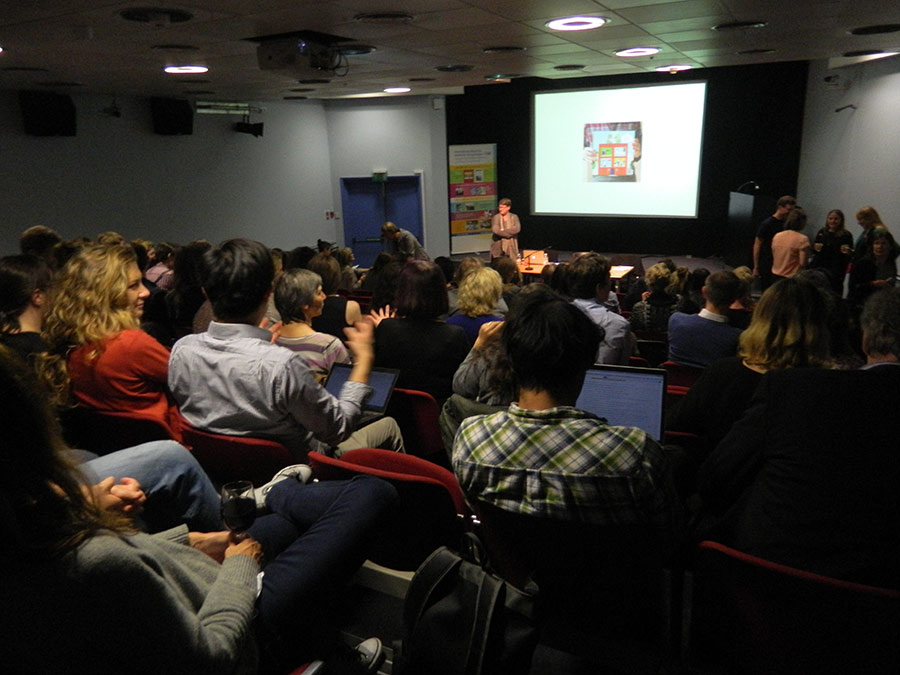 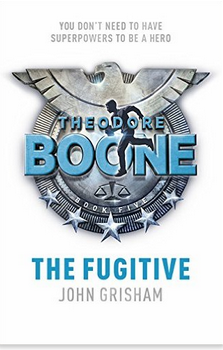 Theodore Boone – teenage lawyer and courtroom hero – is on a class trip to Washington when he spots Pete Duffy, a wanted man.

Highly accessible, if somewhat plodding (especially in the opening chapters), this is a good mystery series for 9+ and Hodder&Stoughton have created an engaging website for the series:
http://www.theodoreboone.co.uk 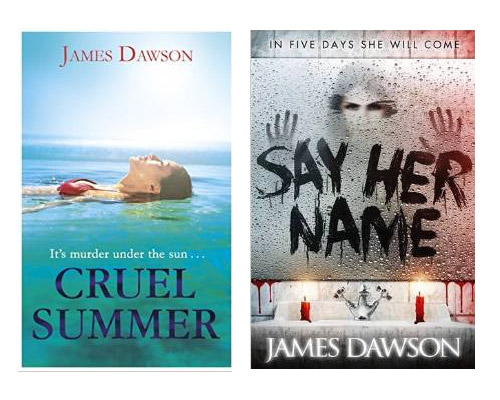 James Dawson has had a very strong year.
In early summer Hot Key Books released his horror novel, Say Her Name, and the paperback edition of the 2013 murder mystery Cruel Summer was released by Indigo in August.

That was not all….

Not only that, but earlier in the year he was crowned Queen of Teen.

He acknowledges the support of his readers and fans, as well as picking his five favourite books of the year, in this YouTube video (in which he is accompanied by his ‘little friend Prince’):

Next year seems set to be just as strong, with (according to the video) two new books in the pipeline – a new novel from Hot Key scheduled for March and presumably one also from Orion/Indigo.

His author website only gives details of books already published. It’s not yet responsive, but IS WordPress designed, so Dawson will find it easy to change to a new WP theme that will reshape the design for different screen sizes. 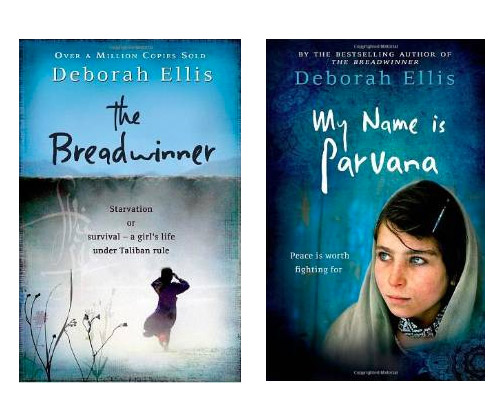 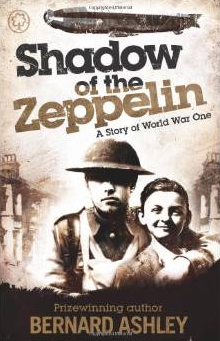 2014 has been a significant year for Bernard Ashley.
It was 40 years ago that his first novel, The Trouble With Donovan Croft, was published.
And Orchard Books celebrated the 15th anniversary of Little Soldier by reissuing it with a new cover design, at the same time as publishing a brand new novel, set during WW1, Shadow Of The Zeppelin. 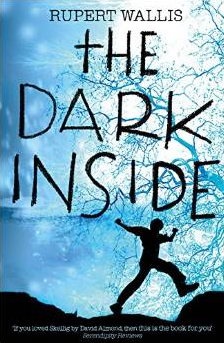 There have been some impressive debut novels this year. Judges for the next Branford Boase Award should have no trouble arriving at a strong shortlist. One book likely to be in contention is this highly atmospheric story about the relationship between a boy and a semi-vagrant war veteran called Webster.
This was Julia Eccleshare’s pre-release summary on LoveReading4Kids:

A poignant debut novel, The Dark Inside is the touching story of a thirteen year old coming to terms with the death of his mother as well as an exciting, mysterious and dramatic adventure. When James finds a man covered in terrible wounds living in the ruined house that he runs to in order to escape his step father, he begins an complicated journey in which the real readily becomes magical and the supernatural is never far away. The lessons James learns about change are thought provoking.

I particularly liked the way the book posed philosophical questions along the way. The author read Theology at Cambridge.