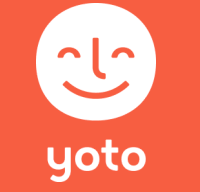 From the list of nominations announced last November, we now have confirmation of the titles longlisted for the two most prestigious UK children’s book awards, the Carnegie and the Greenaway, now renamed the Yoto Carnegie Greenaway Awards 2022, following the signing of a three year sponsorship agreement with the makers of Yoto, a screen-free speaker.
Congratulations to all the authors and illustrators, who must now wait another month for the shortlists to be announced.

The 2022 Yoto Carnegie Medal longlist is (alphabetical by author surname):