‘Many Tongues, One Eye’ is the motto of Big Picture Press, the new imprint from Templar and Candlewick, which launched in London last week, with a live drawing show by Aleksandra Mizielińska and Daniel Mizieliński, whose two titles, MAMOKO and MAPS headline the launch list. 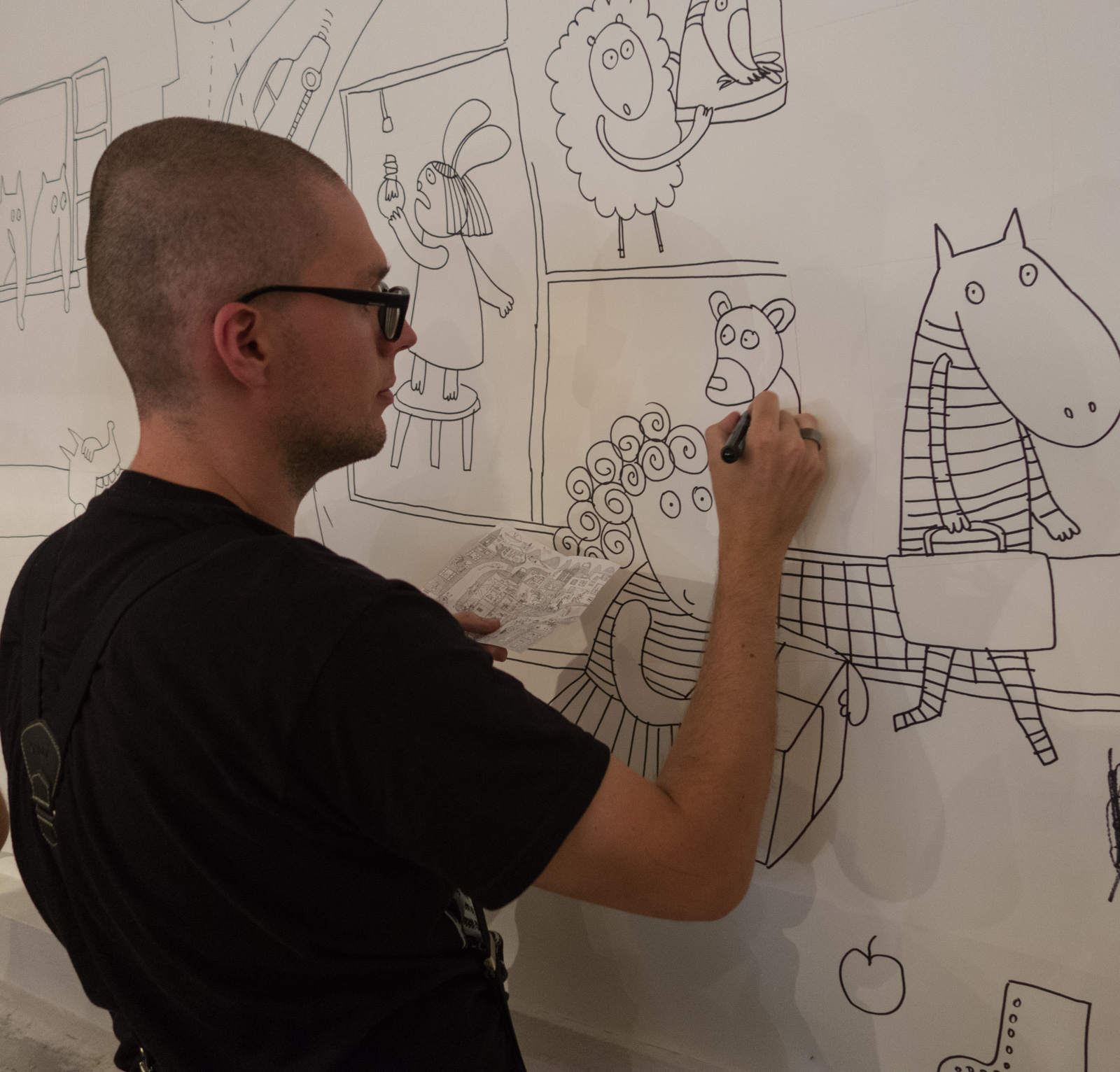 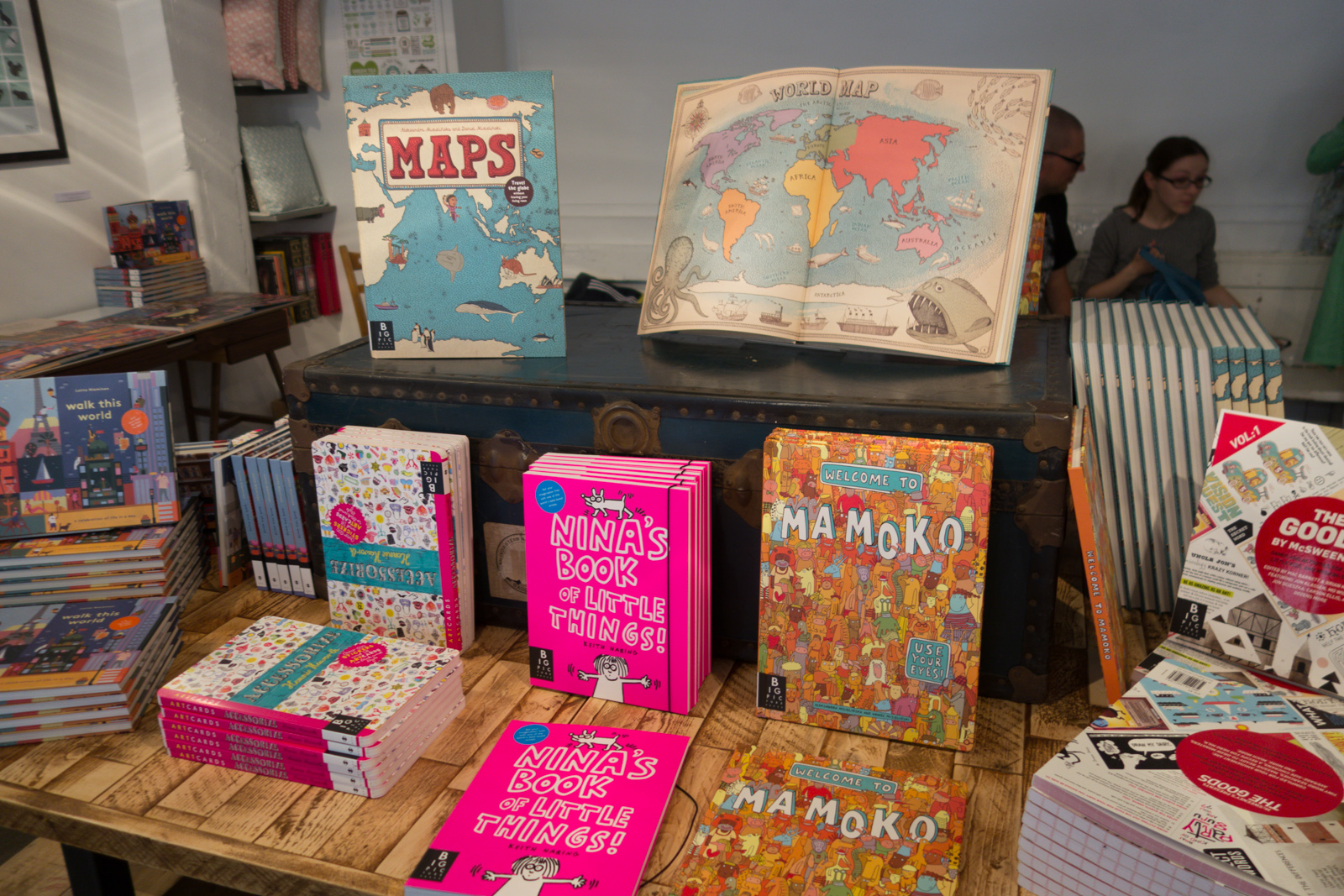 In the wordless storybook, MAMOKO, as Daniel & Ola explained to me, each individual character has its own story that can be followed and tracked through each of the book’s intricately illustrated double-page spreads. 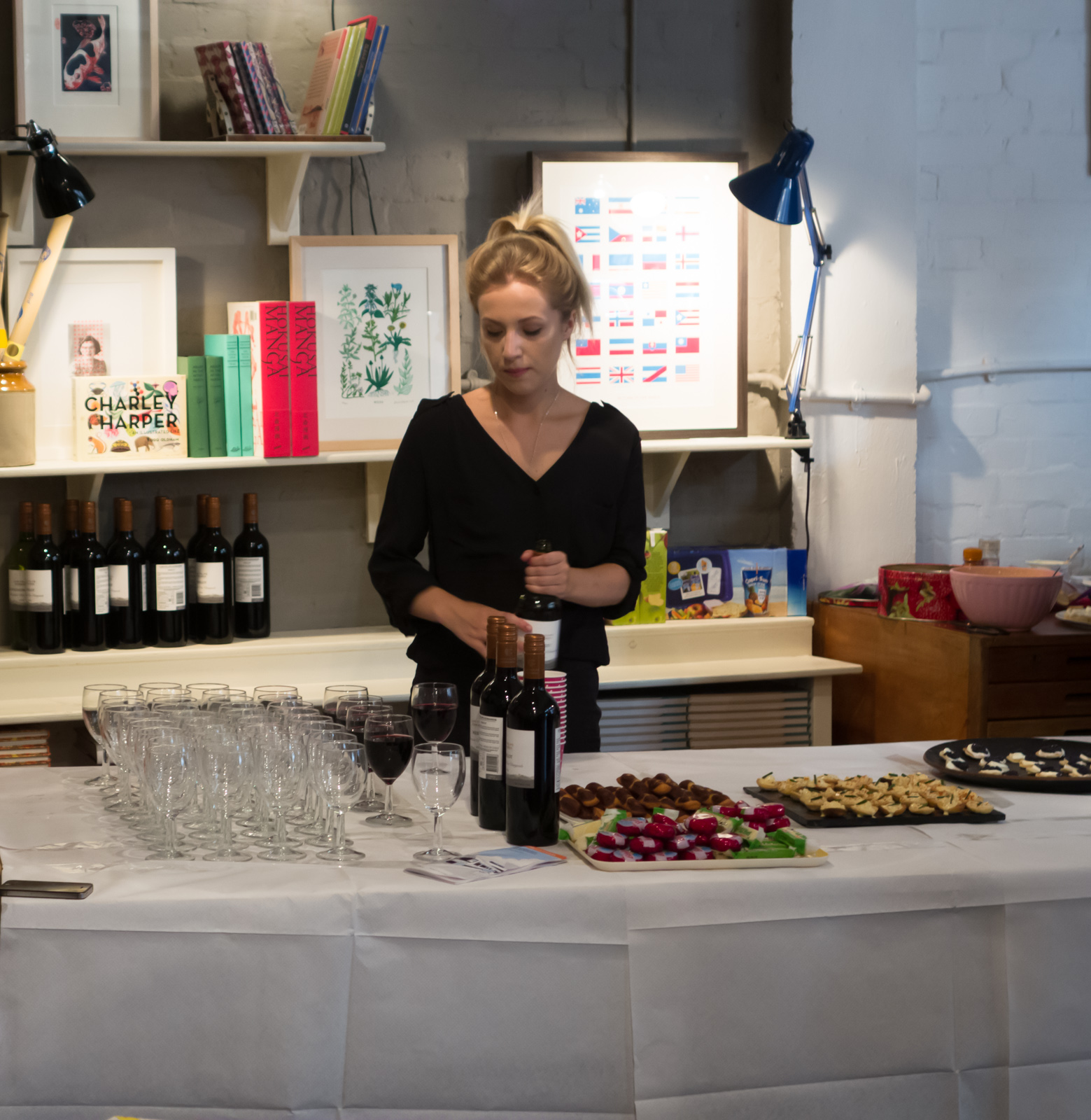 The two illustrator/designers work on each spread separately, but their styles are so seamlessly similar, that when a project is finished (MAMOKO was first published some three years ago in Poland) they often cannot remember which spread was created by whom. 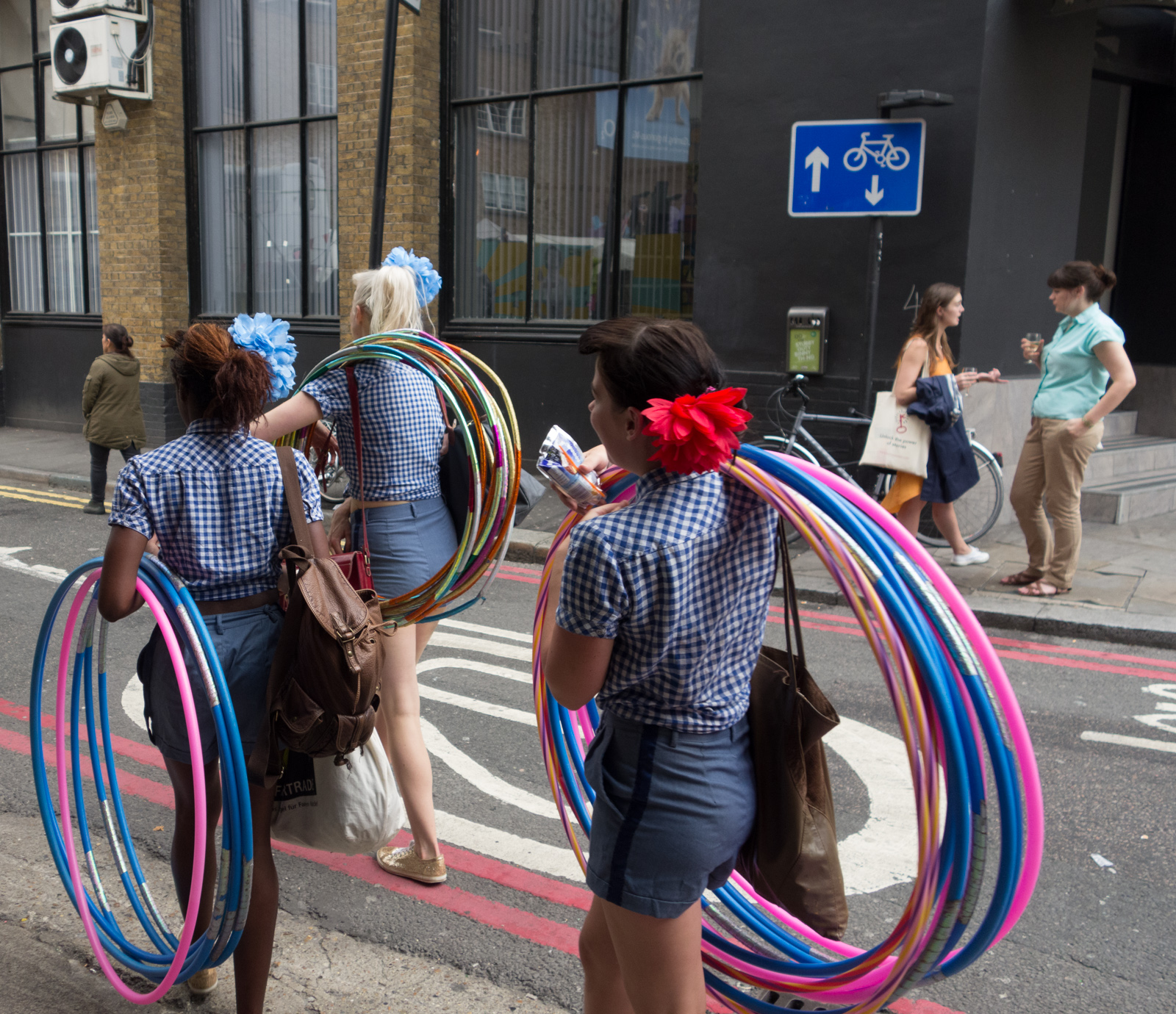 Whilst they were talking about MAMOKO’s concept to me (Daniel does most of the talking) I checked the backpage blurb to see if the fact that each character has a separate story that can be followed was explained to the prospective buyer/’reader’ and indeed there was a paragraph explaining this. Moreover, the book’s endpapers present an introductory penportrait of each of the figures. 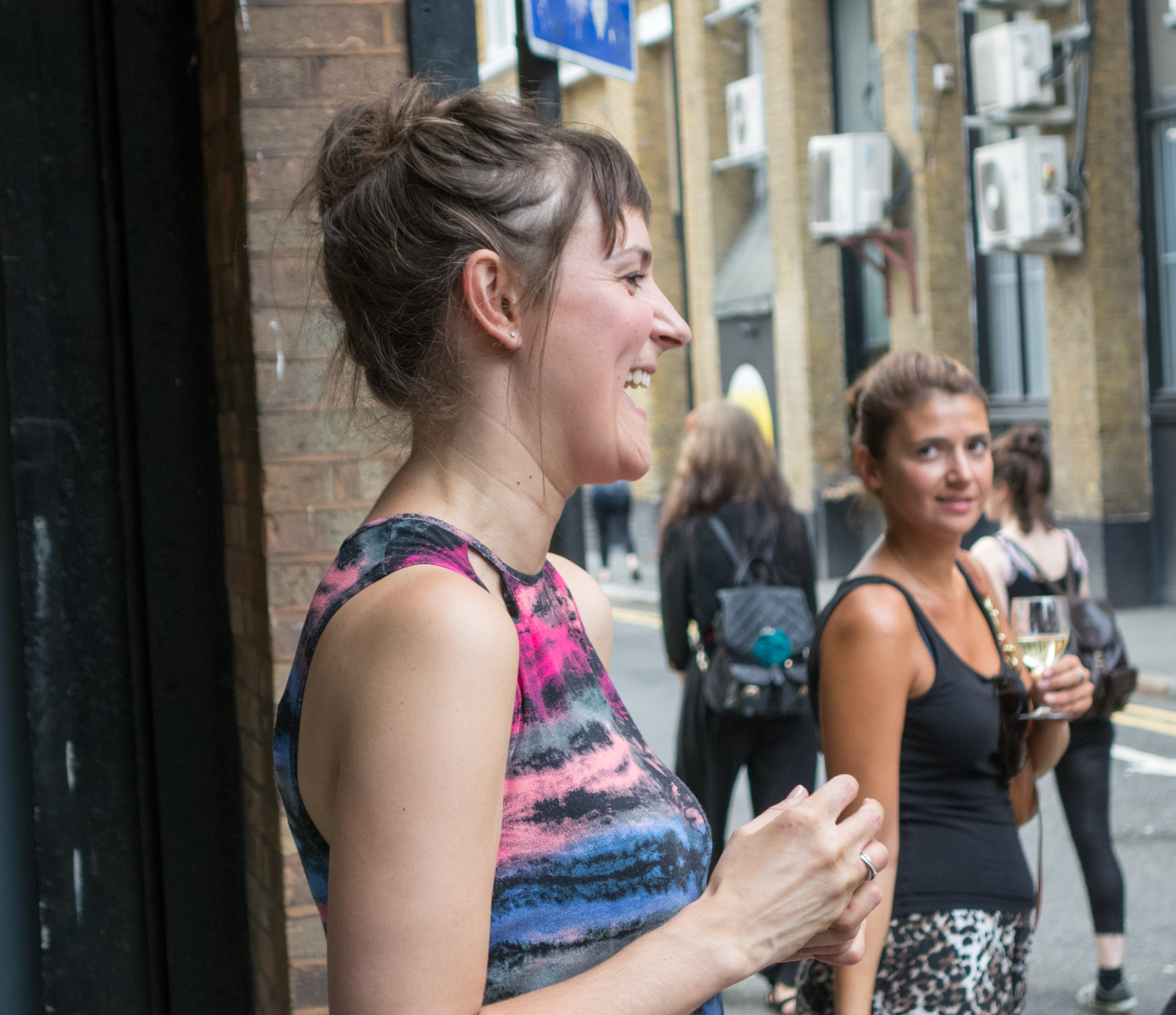 The Mizielinskis are both rather disapproving of this feature, it has to be said, preferring that the books were presented without these explanations and introductions, as apparently was the case in the first edition. “Children had no problem discovering the way the book works for themselves, it was only parents who need to have this pointed out,” Daniel tells me. 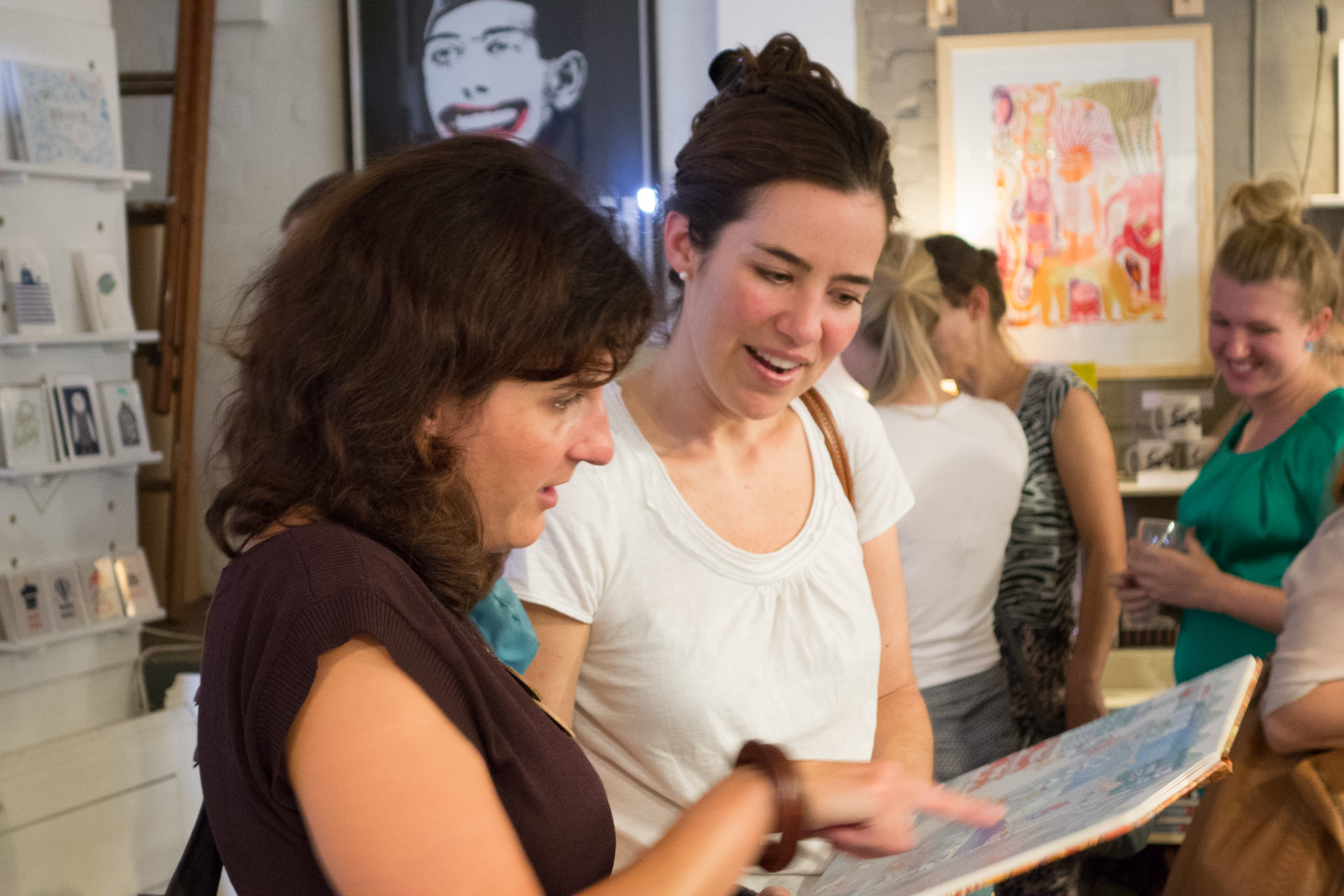 MAPS is a gloriously oversized illustrated atlas. The amount of labour and the sheer design brilliance of this title more than justify a cover price of £20. 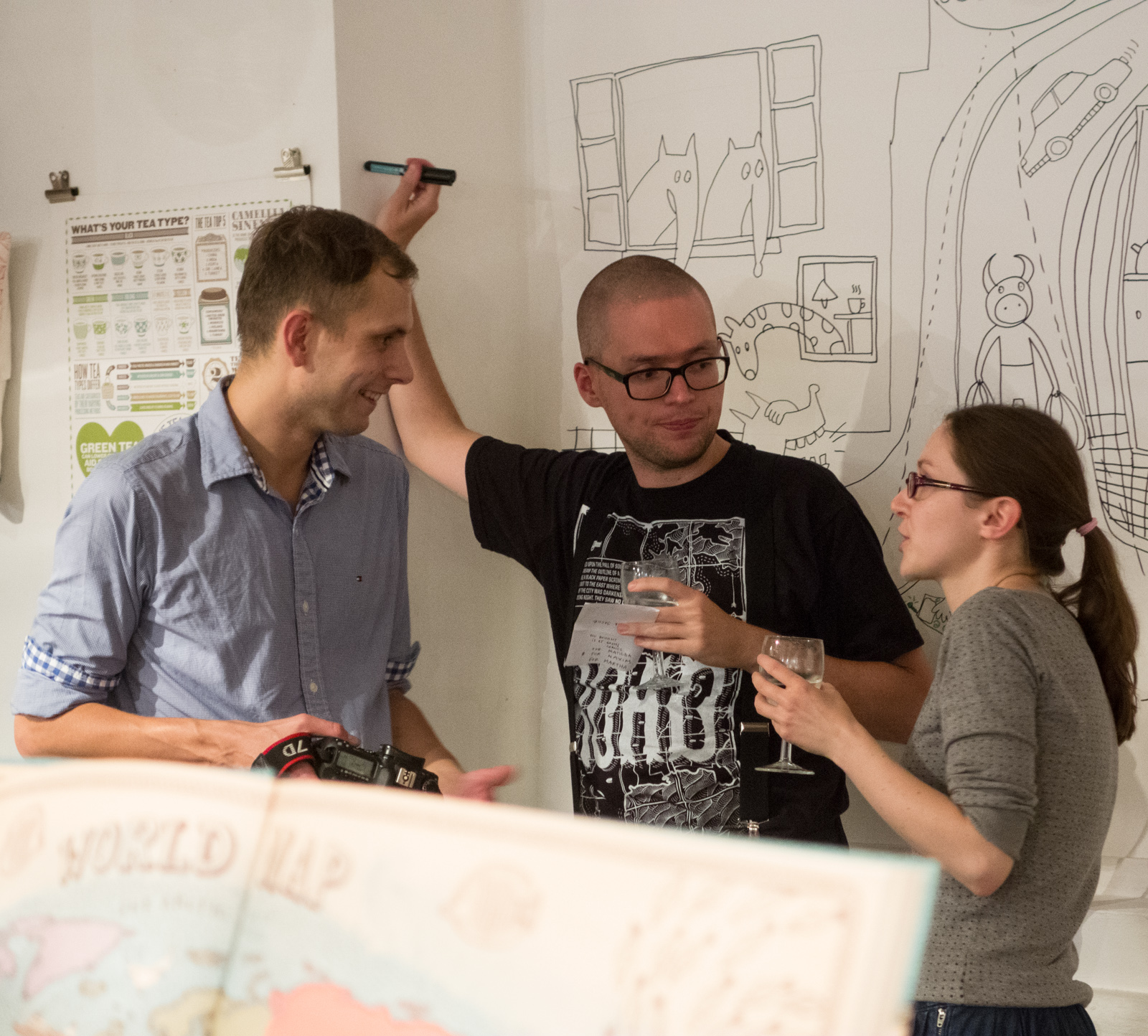 What a hugely talented young couple this is – as well as creating and designing highly visual picture books, they design their own fonts and typefaces and also code interactive games. They were fortunate enough to begin receiving commissions while still studying for their degrees and then moved directly into full self-employment from their home desks in Poland. They both work on huge screens, set up on opposite sides of their home studio.
I recommend a visit to http://www.hipopotamstudio.pl/ – one of the whackiest and best portfolio sites I have ever encountered. 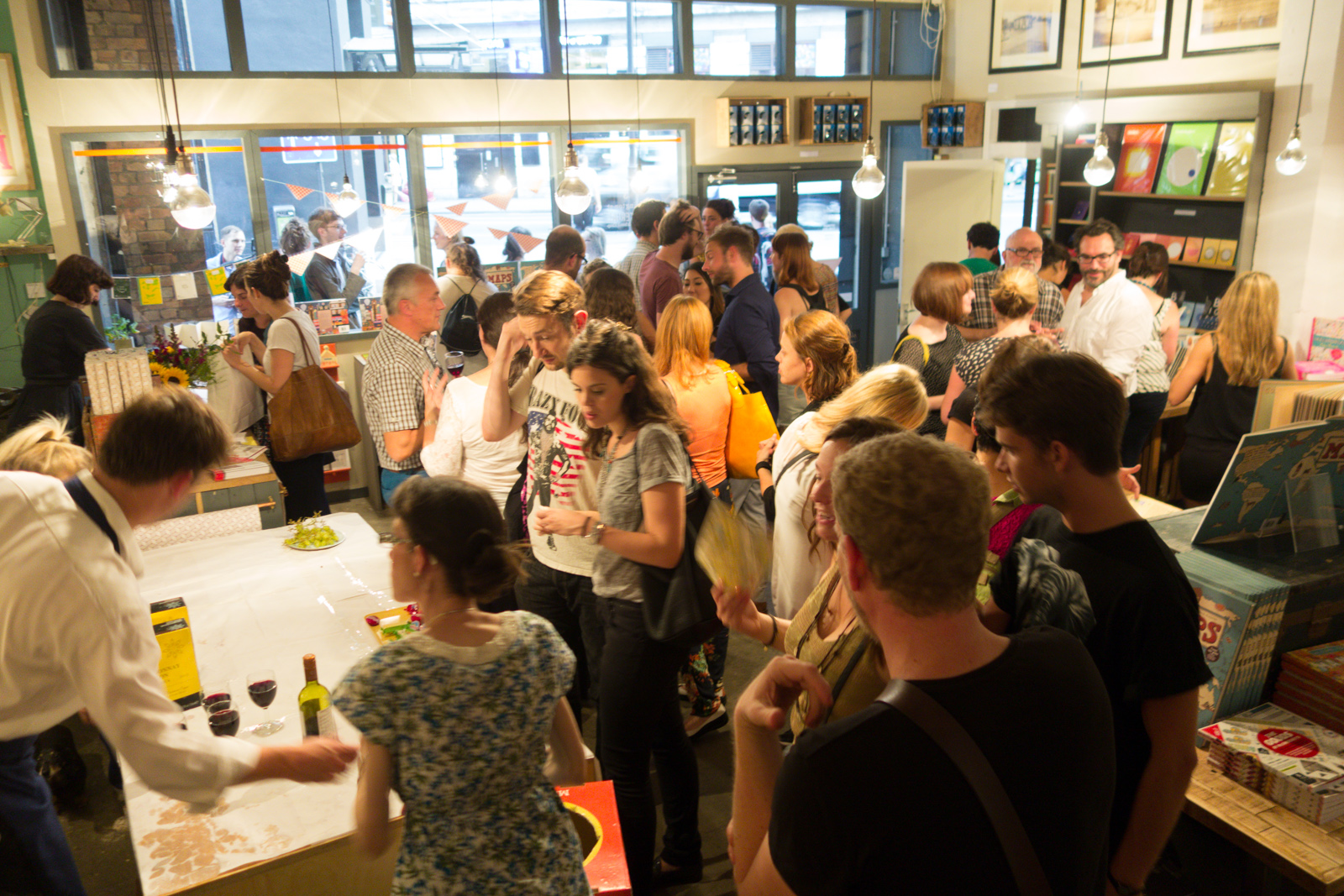 They attribute much of their success to the strengths of their Polish publisher – Wydawnictwo Dwie Siostry (literally Two Sisters Press). Daniel explained to me there is actually a third woman who is a key character in the company – a translator for the EU, who has been instrumental in helping the press move into foreign editions. “Our publisher is very successful in getting our books published abroad.”