You are here: Home / Fiction / Ajay and the Mumbai Sun by Varsha Shah 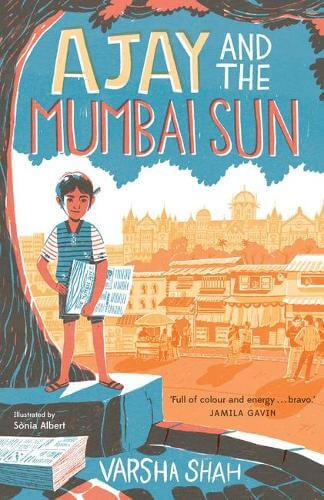 A high-stakes adventure story full of heart from debut author Varsha Shah, who won the Times/Chicken House Children’s Fiction competition with a first draft of this story.

Abandoned on the Mumbai railways, Ajay has grown up with nothing but a burning wish to be a journalist. Finding an abandoned printing press, he and his friends Saif, Vinod, Yasmin and Jai create their own newspaper: The Mumbai Sun. As they hunt down stories for their paper, the children uncover corruption, fight for justice and battle to save their slum from bulldozers. But against some of the most powerful forces in the city, can Ajay and his friends really succeed in bringing the truth to light? Not to mention win the most important cricket match ever…