You are here: Home / Fiction / A Demon’s Touch, 3 – Chronicles of Will Ryde & Awa Maryam by Rehan Khan 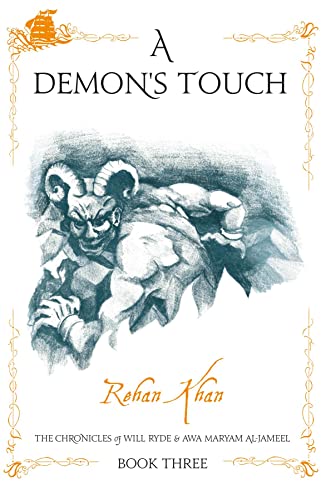 Istanbul, 1593- returning from their previous mission with the death of their Commander weighing heavily upon them, there is no respite for the Ruzgar unit, as they are declared traitors to the Ottoman Empire and banished from the legendary Janissary order. Even the recovery of the fabled Armour of David, so prized by the Sultan is not enough to prevent this. Now, desperate and on the run, Will must turn to the sinister Earl of Rothminster as an unlikely protector. Meanwhile Awa and the remaining Ruzgar, outcasts as far as the authorities are concerned, are nevertheless called upon by their small band of supporters to protect the very people who have declared them enemies of the empire, as a mysterious force threatens to engulf the capital. All roads lead to Istanbul and all who traverse it, will be plagued by a demon’s touch…